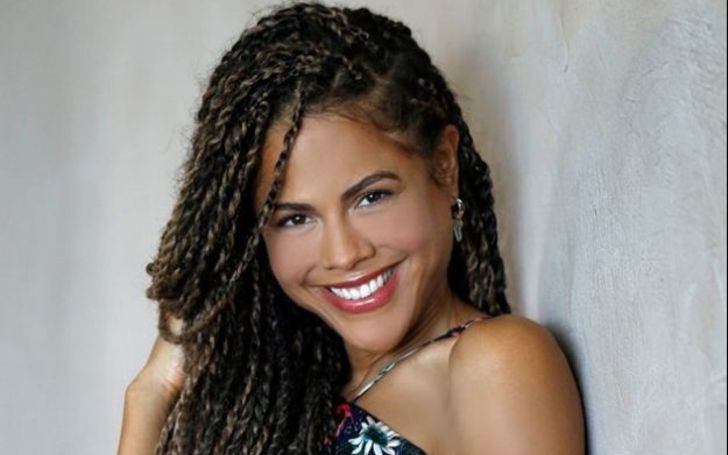 'Maria Sugar Sweet' in the Channel 4 comedy-drama series, 'Sugar Rush,' and 'Annie Sawyer' in BBC Three fiction drama 'Being Human' are the roles best known to be starred by British actress Lenora Crichlow. The remarkable actress is known for her cameo roles in our favourite series like, 'Doctor Who,' 'Casualty,' 'Black Mirror,' 'Deception,' 'Suspects' and many more.

One of the actress recent remarkable works can be seen in the science fiction, comedy television series on HBO, 'Avenue 5'. Our gorgeous actor can be seen playing the role of 'Billie McEvoy' who is the second engineer on the show. According to Chirchlow, this was one of the most interesting projects that she's been a part of and least to say the 'badass' character of Billie attracted her the most.

So, here we discover some of the similar interesting to know more about the actress.

Know The Basic of Lenora Crichlow

The Sugar rush actress was born on January 04, 1985, and raised in the beautiful city of Harlesden, London. She is the daughter of Lucy Addington and Frank Crichlow, owner of famous restaurant 'Mangrove' in the Notting Hill. Father Frank was a great activist and a local hero who was even imprisoned for fighting back for black rights in England.

Growing up, Lenora was always entertained as she spent most of her time with siblings, Knowlton, Amanda, and Francesca. The Chirchlow children got an early insight into what fame looks like as they were in the habit of watching popular figures like, Jimi Hendrix, Marvin Gaye, Nina Simone, Sarah Vaughan, Sammy Davis Jr. and Diana Ross in their family restaurant.

Chirchlow was an early acting enthusiast as soon as she was 12 years old. The little girl started her training, workshop and practised in the 'Young Blood Theatre Company' in Hammersmith, West London. Knowing that this is what she wanted to make her future of, Lenora went on to graduate from the 'University of Sussex' in drama.

Lenora made her TV debut through 'Bella and the Boys.'
Photo Source: Listal

Years later, the beautiful star got her first break from the television film 'Bella and the Boys' alongside Billie Piper after that she made her first feature movie debut through a low budget horror film, 'Wilderness' in 2006.

You May Also Like: FBI Star Zeeko Zaki - Some Interesting Facts to Know About the Actor

However, these movies were just like a needle in a haystack for Lenora. Her main stage breakthrough was starring as Maria in Channel 4's adaptation of the Julie Burchill novel 'Sugar Rush' that even won the Emmys in 2006. After that she could be seen in 'Doctor Who' episode 'Gridlock', BBC's show, 'Being Human' as Annie Sawyer for which she also the TV actress of the year award at the annual Glamour Awards. The actress also dated her co-star Aidan Turner from the show however, they broke things off after two years of relationship.

Did you know that in 2005, the brunette played her role so well in the series, 'Sugar Rush' that she inspired the author Julie for writing another part of the book? Sadly though the show was cancelled just after two seasons on the air.

The sequel of the first book is named as, 'Sweet' which is a revisionist take on the first book. The author mentioned in an interview that Chirchlow's performance in the series as something Magnetic and beautiful.

Hope you enjoyed the article. For more of these contents be sure to follow Glamour Fame.