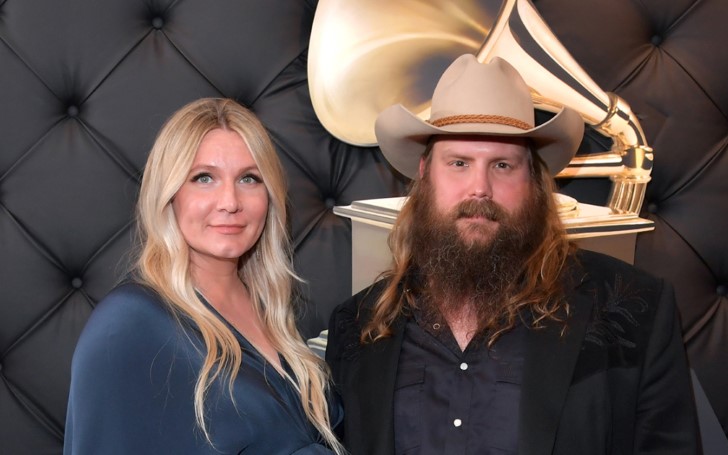 Recently on Wednesday, the pair unveiled the gender of the baby. Well, it's a boy and Morgane Stapleton confirmed it sharing the first ever full photo of the little one in a cradle while swaddled in a cloth.

Morgane, 36  took it to Instagram and shared the cute and captivating baby photo with a caption writing, 'Time flies faster than I ever thought imaginable.' She added, 'Sweet boy, It's hard to believe almost a month has already gone by. My heart is so full!'

Sweet boy... It’s hard believe almost a month has already gone by. Time flies faster than I ever thought imaginable. My heart is so full!

Well, this wasn't the first photo the couple shared. In fact, almost two weeks ago on Mother's day, Morgan shared an adorable photo where the momma's finger is being held by the little hand of the baby.

Who Will Be The Godparents Of Meghan And Harry's Baby? >>>

'The most perfect Mother's day … I wish all you Mama's the happiest of days today!' she wrote alongside the snap.

The most perfect Mother’s day...I wish all you Mama’s the happiest of days today! 💛

The pair, however, is yet to release the name of the baby. They initially met in 2003 and vowed to love each other unconditionally in 2007.

The Country-Rock star initially announced the news being a daddy for the fifth time during a musical concert at Madison Square Garden in New York City. 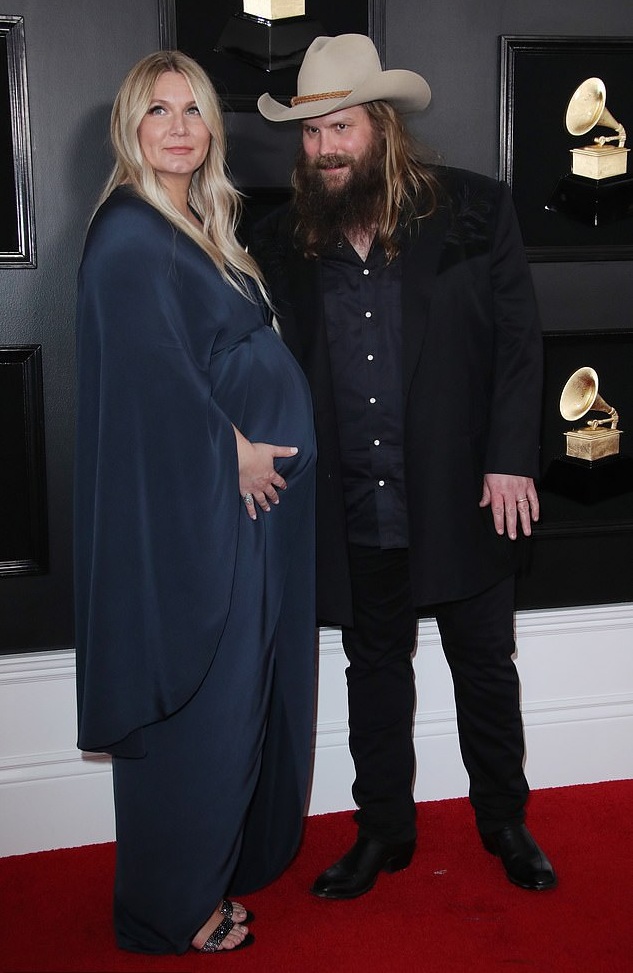 Morgane Stapleton showed off her baby bump at the Grammy Awards in February. At the event, they told People they were due in the spring
SOURCE: Shutterstock

Chris, 41, revealed the news with full on excitement and happiness as he told the audiences, 'I've got an announcement to make. Some of you may know that we have four children. We just had twins about seven months ago. Now there's four for us, but we're gonna make it five!'

Another Pregnancy Prank Or Is Danielle Cohn Really Pregnant? >>>

Congratulations to both the Lovey-Dovey for welcoming the new member in the family. We sure do expect the news for the sixth shortly, don't we? Stay tuned and updated to find more intriguing news of your favorite stars.