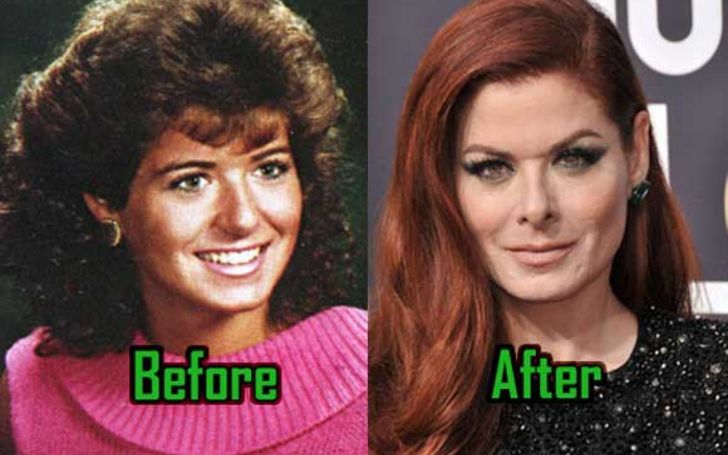 If you are updated with the star, then you might hear about the rumors of Debra Messing's plastic surgery. Since lots of rumors are being gossiped about Debra going under the knife, we have brought you with the facts.

'The Wedding Date' actress made fans suspicious after sharing snaps on Instagram where the majority of critics claimed her of undergoing a surgery.

The speculations started to hype more after Debra uploaded her photo with a clear view of her face on April 30, which was an acknowledgment post where Messing thanks 'Do Something' for the honoring her as '2019 Empower Players'.

The Photo garnered tons of comments accusing The Wedding Date star of going under the knife.
SOURCE: Debra Messing, Instagram

Soon as the snap was shared, people commented with various predictions where some commented, she opted for surgery, while others supported her. Some came with the aftermath of using only makeup.

One of her Insta follower, whats*****xxeating commented,

No shame in saying you had something done. Noticeable tell is nostrils get bigger, not usually smaller.

you look great! I wish people would just be quiet... they are jealous or unhappy! you are talented, beautiful and awesome! Rock on Debs!😍❤️

Here are two comparison photos account it yourself as below we have Messing's reactions toward the accusations,

On the left articulates (Before) snap of Debra and on the right (After).
SOURCE: Celebs Inside

Yes, a slight difference in her nose tip can be seen as it's little shortened, and facelifts comparing to previous snap seeing the tightened face.

But when fans accused her, shortly after, The 'mother of one', shared that it was makeup and facials that did the job.

Debra replying to the question of using a facelift.
SOURCE: Debra Messing, Instagram

The 51-year-old denies all the plastic surgery claims reasoning Joanna Varga and other beauty gadgets for the charming looks.

Well, the secret lies within herself; however, we cannot fully assure Debra getting the nose job as the makeup nowadays can completely change the way you look.

Stay tuned and connected to find updates on the recent Entertainment news only on Glamour Fame.