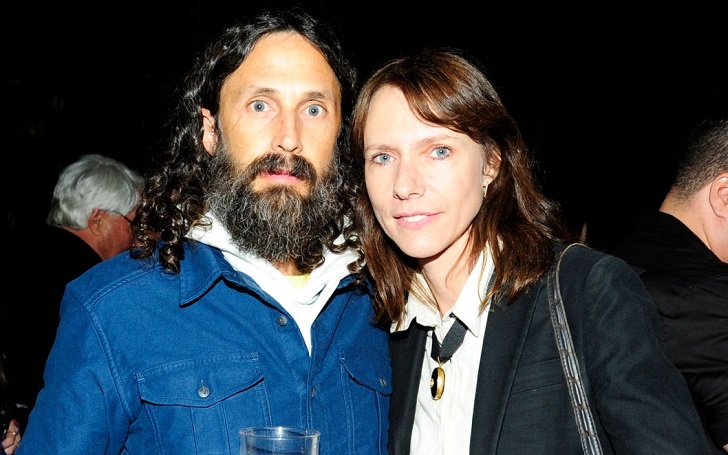 Dolly Wells did pretty well for the demanding role of 'Sister Agatha' in the new three-episode Netflix and BBC One show, 'Dracula'. She's been a prominent actress in the British Drama Industry, and despite the roles in big shows and movies, the one show close to her is 'Dolly & Em'. After all, it's one of those projects she did with her closest people.

While Dolly Wells portrayed her own character on the show, the co-lead character 'Em' is also her portrayed by her best friend since childhood, Emily Mortimer. While also minding the camera, Dolly's husband, Mischa Richter, also entered the cast with them. So did Emily's, but with a different job.

Actress Dolly Wells married her husband, Mischa Richter, in 2000. According to one particular post from Richter on his Instagram page, they seem to have been together since 1995.

A family photo from over a decade ago.
Source: dollywells, Instagram

Yeah, confused us as well. In the show, Wells' husband, Richter, was cast as 'Noah', not her own husband, but the spouse of Mortimer's character. The show ran for two seasons, with the first released in 2013 and the next in 2015.

Dolly Wells cast everyone she could on the show, 'Dolly & Em'.
Source: Getty Images

The two ladies are best friends in real life, but the show seems to have shown they are not that close at all. Yes, the performances were that realistic. As Independent put it, "The first series of Doll & Em looked like a blueprint for how to destroy a lifelong friendship".

The Couple's Children Also Featured in 'Dolly & Em', as Em's Children — Other Cast

It seems Wells was ready to give her family to her best friend for the sake of a series. Elsie and Ezra both are credited with acting roles on their show, as 'April' and 'Eddie'.

Those are the only times their kids ever appeared on the show. Furthermore, Dolly's real-life mother, Teresa Gatacre, played her own character's mother, at least, on the screen. Meanwhile, Emily's real-life husband, Alessandro Nivola, was the show's producer.

Wells' mother on the show "steals every scene she is in with her purse-lipped criticism of her daughter", but Wells assured that "she's not nearly as disapproving in real life."

Fun fact: The name of both Wells and Mortimer's fathers was John. Maybe the connection was already there between the two as the best friends are also of the same age. But Wells' discovery of her real father was a strange one.

Richter's Career in Editorial Photography and Having Been Published in Magazines

Mischa Richter was born in Windsor, England, and spent the majority of his childhood in Provincetown, Massachusetts. He studied art at The Chelsea College of Art and Design and Middlesex University both in London, England.

After completing University, he pursued a career in Editorial Photography. His works were published in several high-profile magazines like Esquire, Vogue, The New York Times Magazine, Wallpaper and Vibe.

Those works were also featured at the Charlotte Street Gallery, The Laura Bartlett Gallery and The Exit Gallery all in London, England. There are permanent collections at the National, Portrait Gallery in London and the Provincetown Art Association and Museum under his name. His solo show, 'I Live Here', was also featured at the Jack Hanley Gallery in New York from October 11 to November 11, 2018.

Mischa Richter is also the founder and director of the non-profit publishing company called 'Land's End Press'. He published his first and only authorial work, a book titles 'Saudade', with the company. It contains a series of photographs he took in Provincetown, with poems by Nick Flynn.

One last thing. Richter's name also coincides with an American cartoonist for The New Yorker, who passed away in March 23, 2001, on PROVINCETOWN, MASSACHUSETTS.

Stay tuned and connected to GlamourFame for more Entertainment content and updates.