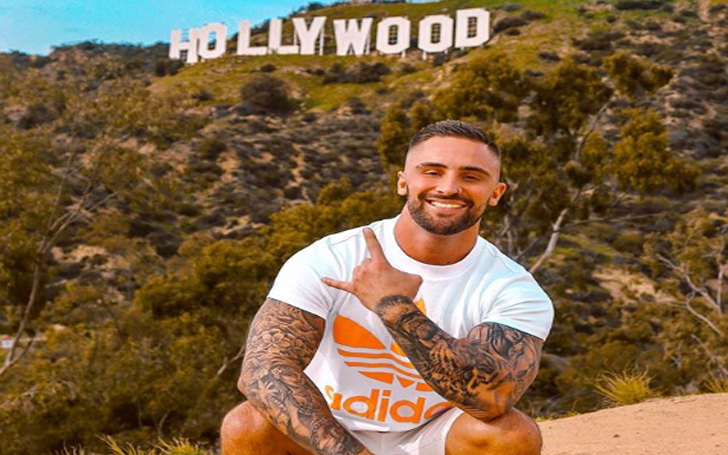 Jackson O'Doherty compliments Vitaly Zdorovetskiy on the size of his balls and says he needs to be awarded for his bravery.

Jackson O’Doherty is without a doubt one of the funniest people on Instagram and with his “Make a scene” videos he made some new friends in Vitaly Zdorovetskiy who is an internet sensation and totally nuts personality. So, it seems game recognizes game because Jackson took to his Instagram to share a story complimenting Vitaly.

It was a normal day for us fans, Vitaly was not posting anything on his Instagram, and Jackson was also a little silent for a couple of days but then all of a sudden there was a story on Jackson’s Instagram page which showed a video of Vitaly asking girls at the beach, if he can eat their ass.

In the story, he wrote, “I love @vitalyzdtv more than my own parents!” at the top and then at the bottom, he wrote, “Follow my legendary cousin @vitalyzdtv.” We knew those two knew each other, Vitaly and his girlfriend Kinsey Wolanski appeared in a, “Make a scene” video with Jackson where Kinsey said she was pregnant inside a coffee shop while standing on the delivery counter.

Then in a story next to the Vitaly video was another small clip of Jackson saying Vitaly does the craziest things on the internet and he deserves a bravery award for his courage and the weird things he does on the internet. It is kind of true, Vitaly is crazy, but then Jackson adds, “His balls are in fact so large they bubble against his knees when he walks.”

Jackson O’Doherty is an Australian born social media content creator who makes hilarious videos for both Instagram and YouTube. We are paraphrasing what he said, if you were living under a rock for past few years then do yourself a favor, go follow Jackson O’Doherty on Instagram. You won’t regret it!