Country Singer Kane Brown Welcomes a Baby Daughter with Wife Katelyn Jae, and There's a New Song for Her 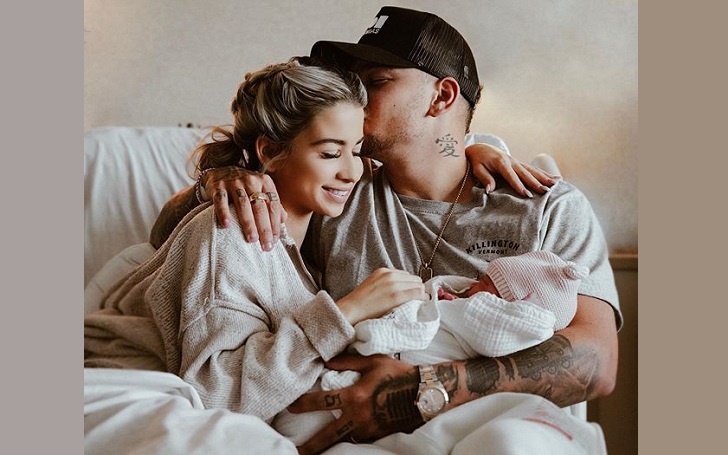 Kane Brown is a proud daddy to his first daughter with his wife, Katelyn Jae.

It's been one heck of a year (since exactly last October) for country star Kane Brown. He got married to his fiancée Katelyn Brown (née Jae), found out Katelyn was pregnant, and welcomed their first child together. While many celebrities out there would like to keep the details of such events to themselves, Kane couldn't help but showcase his happiness to his fans.

Mark your calendars; Kingsley Rose Brown was born on October 29, 2019, Kane and Katelyn both shared the news on their social media pages. Both the parents are going crazy for her, so are the fans.

The couple had been preparing for this moment for months.
Source: Katelyn Brown, Instagram

In addition to the birth news, Kane also exclusively announced that he would be releasing a new song, appropriately titled 'For My Daughter', dedicated all for his precious Kingsley. He shared a snippet of the music on his Instagram Story with the release date as November 1.

The 26-year-old country star married fellow singer and his best friend, Katelyn, on October 12, 2018, at the Mint Springs Farm in Franklin, Tennessee, in front of about 200 friends and family. He announced the pregnancy back in April with a sonogram picture on Instagram and his restlessness of not being able to keep it a secret.

Since then, the 'One Thing Right' singer and his wifey have been constantly feeding their fans with the facts of the pregnancy every step along the way. They've not stopped going to events, parties and the red carpets though, with Katelyn proudly sporting her growing belly.

Katelyn revealed to Andy Lassner on the 2019 Billboard Music Awards red carpet in May that they were expecting a baby girl, and later in August, they revealed her name with an announcement on Instagram. KB's fellow country star, Jason Aldean and his wife Brittany, had thrown the baby shower for Katelyn with "Kingsley" imprinted on a purple balloon.

Finally last month, the 'Heaven' hitmaker shared that they still go on regular dates as lovers with the exception of 'no wine' for his wife. And just less than two weeks ago, they announced that the room for little Kingsley was finished being decorated.

"We've already got our car seat in the car, which is kind of weird to me but kind of cute at the same time. I've got my daddy books because I need to read before she gets here." The preparation has been going pretty well for the first-time parents. Plus, the family is a trio of KBs.

Stay tuned and connected to GlamourFame for more Entertainment contents.