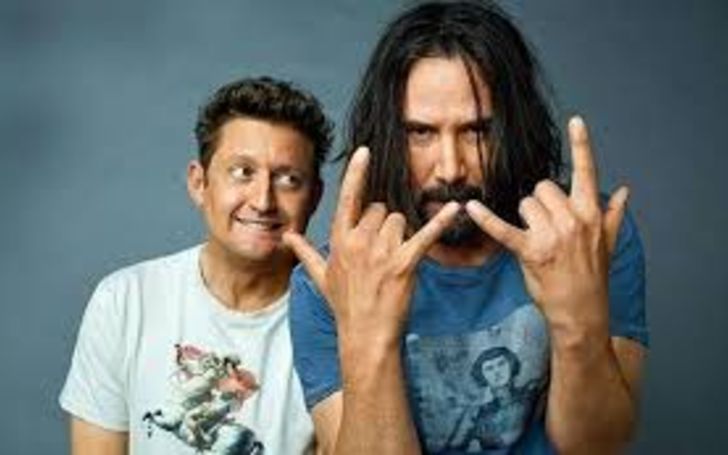 Hollywood iconic star Keanu Reeves made a fan dream come true, bringing her on the set of Bill & Ted Face The Music.

According to Make-A-Wish New Jersey, a young girl named Emily's wish came true when Keanu Reeves personally invited her to the set. Emily's mom explained that Bill & Ted was one of her daughter's favorite movies, and she "came across it one day and was instantly hooked."

Emily's mom added that she spent a beautiful day with Reeves and acknowledged him as an amiable nature guy who crack jokes and is fun to be around.

The event was hugely supported by 'Make A Wish New Jersey' who helped the young lady fulfill her wish. Emily spent quite a good day at the set with her idol star which was later shared by Make A Wish through their official Facebook page on Friday.

Soon as the post was shared, it circulated all over the web as people even started citing Keanu as one of the kindest souls in Hollywood.

The Matrix star always praised for his humble attitude and welcoming nature proved us this time as well. Despite having such envying fortune, car collections, and lavish mansions, we are happy to see our favorite star's down to earth nature.

If you are updated with the versatile star Keanu Reeves then you might know he had a very harsh past, his soulmate passed away and infant daughter as well. Hearing such wounding news makes us all of us sad. We would like to wish our beloved star to always to have a happy life ahead.

Stay tuned and connected to find more articles on your beloved media personalities.