Letoya Luckett Husband - Find Out About Her Personal Life 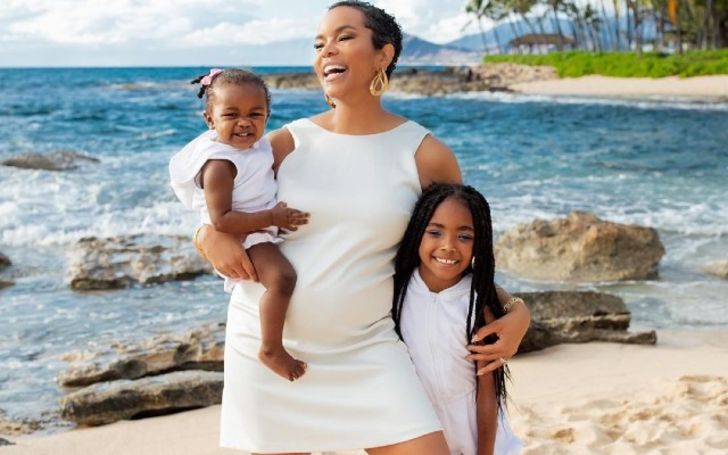 Who doesn't know LeToya Nicole Luckett-Walker, aka LeToya? She is an American singer-songwriter who won two Grammy Awards and released many successful commercial recordings with her R&B band, Destiny's Child. She also released a couple of solo albums, and all of them became a hit.

Born on March 11, 1981, in Houston, Texas, LeToya was a bright child who was gifted with a beautiful voice. Her father, who was also a singer, assisted her to harness vocal skills to create a career in the music biz.

Except for singing, LeToya is also a professional actress who portrayed several roles in various motion pictures. Further, her celebrity lifestyle attracted tons of loyal fans who always want to be updated with details related to her life. So, here we will share some exciting facts on recent pregnancy news and her married life. So, stay tuned.

The Destiny's Child singer LeTyo Luckett's personal life, like her profession, is quite successful. Though she faced little down in her previous marriage life, LeTyo second marriage with entrepreneur Tommicus Walker is going great.

The pair Luckett and Walker got married at Villa Antonia in Austin, Texas.
Photo Source: Pinterest

The pair, Luckett and Walker, publicly announced their engagement to the world through LeTyo Instagram in August 2017. After over five-months from their declaration of getting engagement, the lovebirds tied the knot by throwing a posh and lavishing ceremony at Villa Antonia in Austin, Texas, on December 10, 2017.

Subsequently, after one year, the couple expanded their family by welcoming a baby girl on January 4, 2019. They announced they were expecting their first child, Gianna Iman Walker, in June 2018. Later, Luckett shared the news of having a cute daughter on her Instagram on October 16, 2018.

LeToya Luckett and Tommicus Walker- Wedding (Back to Love) Trailer

Except for her own blood 39, Luckett is also parent to her husband Walker's daughter Madison, from his first marriage, as per Daily Mail. The lovers can be seen living a happy life together with their children in the different posts which they uploaded on their social page.

Luckett and Walker with their angels.
Photo Source: Bck Online

Recently, in March 2020, LeToya Luckett, with her beau, shared another joyful news to their fans. The lovers are welcoming another baby in their family. They are very grateful for another baby infant who is growing on Luckett's womb.

Recommended: Kacey Musgraves and Her Husband Ruston Kelly - Find Out About Their Married Life

The Grammy award winner LeToya posted a beautiful photo on her Instagram, showing her growing baby bump and shared her happiness with her followers.

Before LeToya Luckett built a blissful life with her husband Walker, she was married to motivational speaker Rob Hill Sr. The former lovers dated for a year and share engagement rings in 2015. After being engaged for one-year, the ex-pair walked down the martial aisle in January 2016.

Click To Read: Get Some Interesting Facts About American Football Cornerback Orlando Scandrick

However, things didn't work for the newlywed couple, LeToya and Rob, and after only two months of marriage, they broke up in good terms, according to Essence.