home Lifestyle Who is Melissa Roxburgh's Boyfriend as of 2021? Learn About Her Relationship Status Here

Who is Melissa Roxburgh's Boyfriend as of 2021? Learn About Her Relationship Status Here 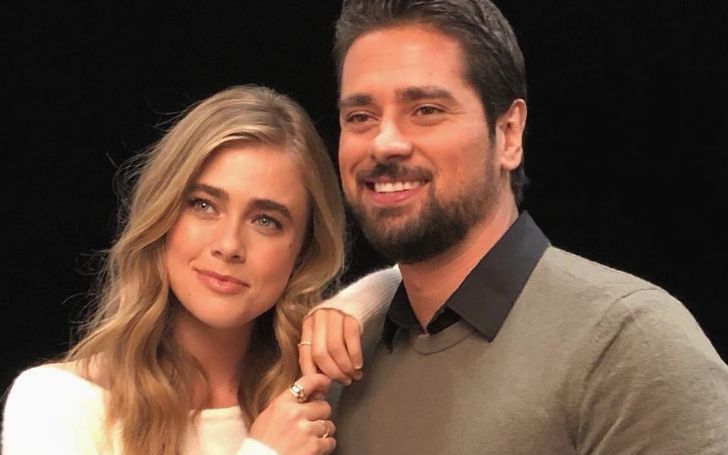 If you binge-watch the hit supernatural drama Manifest, you cannot miss the talented Melissa Roxburgh. Despite leaving a good impression after her debut with Diary of a Wimpy Kid: Rodrick Rules in 2011, the aspiring actress had a major comeback through the series.

Melissa, who's seen in different hit genres all along the years, is a travel enthusiast. Besides traveling, the talented actress is often seen speaking on social issues and supporting them.

Roxburgh, born on December 10, 1992, whose brother got married this year, grew up in Vancouver, Canada, with three siblings. The Big Time Movie star lives a lavish life surrounding friends and family. Does she have a boyfriend? Continue reading to find out.

Who is Melissa Roxburgh's Boyfriend?

2BR02B: To Be or Naught to Be alum Melissa Roxburgh was raised in a Christian household as her father was a pastor who founded a church in Canada. She has a confusing relationship status. Albeit talks of relishing single life as of now, Melissa's had her fair share in relationships before, that's for sure.

Melissa Roxburgh is rumored to be in a relationship with J.R. Ramirez.
Photo Source: Twitter

Even though the actress who played Carly in Sorority Murder is busy in her craft due to ongoing projects and other productions, she was rumored to be dating her co-star in Manifest, J.R. Ramirez, a Cuban-American actor. The beautiful on-screen couple had it pretty serious in early 2020 as some source confessed, “They met on set and have been dating for at least six months. They try to keep their silence for professional reasons, but they’re definitely in love with each other. It’s serious.”

Recommended: Dita Von Teese Boyfriend - Find Out Who the Playboy Model is Dating After a Series of Failed Relationships!

However, some fans speculated the couple drifting apart in real life lately even though the pair haven't yet confirmed the news of dating. The couple's chemistry in the series is so good that every viewer wishes it to be true in real life. Let's hope the truth shall surface soon.

The Simon Fraser University graduate in Communications, Melissa Roxburgh, is acing her role as Michaela Stone in the ongoing smash-hit series Manifest. The actress had to undergo a long journey in relishing all the fame and success she enjoys in the current days.

The 29-year-old, after a successful debut from the Diary of a Wimpy Kid: Rodrick Rules, continued her career with major blockbusters like Leprechaun: Origins, Star Trek Beyond, Big Time Movie, and many more. The actress is appreciated for her unique acting skills and dedication to her character.

Recommended: Who is Lane Kiffin's Wife? Learn About His Married Life Here!

Melissa, active in social media, announced the renewal of her current series for its final season on Twitter. The International Rescue Committee's leader is also held responsible for saving their series due to the trend #savemanifest. Let's hope the actress continues amazing us with her performances shortly.