Nicki Minaj is Excited for Her Upcoming New Album 'Unapologetic' 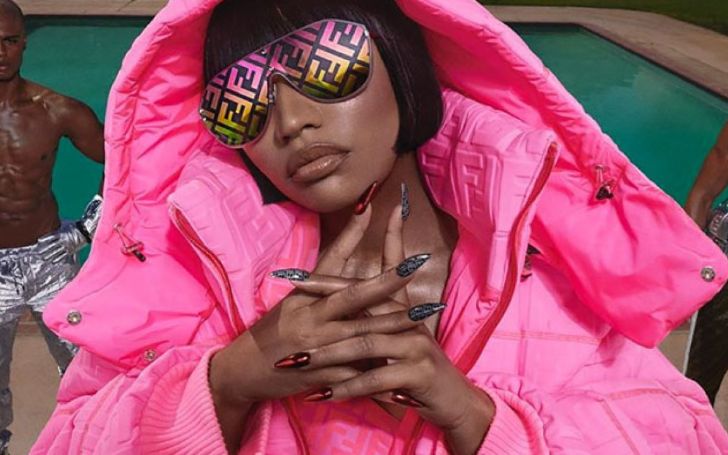 Soon after all the scandals that happened over the past months, Nicki Minaj is finally inhaling the breath of peace.

Yes, the Starship hitmaker recently hinted us with a jolly news of something fun, fierce and unapologetic material on the way.

Talking to Elle, Minaj opened she has been working on some of the dope beats, and the fans don't have to worry much about it.

Minaj added to Elle: "This one incorporates all the things people love about Nicki, but it also just has a way bigger sound, so it goes perfectly with the collection."
(SOURCE: Billboard)

Minaj, 36, assures the new project will soon be released with new exciting news taste and styles. She told the publication: 'It's probably the most excited I've been about an album release in a long time.

I'm happy that we're not making my fans wait for another album as I've done in the past.

The Anaconda hitmaker last drop 'Queen' was back in 2018, where she delivered some of the hit tracks like Good Form, Nip Tuck, Barbie Dreams and LLC.

Some fans are supporting and loving Minaj's fifth album drop news while some are criticizing the Barbie citing her recently retirement announcement news she shared on Twitter.

While some fans are supporting Minaj's fifth album launch news, some are criticizing the Barbie citing her recent retirement announcement news.

What about you guys? Aren't you excited seeing Minaj come with a news drop? Well, she recently featured a drop with Megan Thee Stallion - Hot Girl Summer which notched the top chart on Rolling Stones.

Let's hope for the same for Minaj's upcoming album too. Stay tuned and connected to find the recent Entertainment news only on GlamourFame.