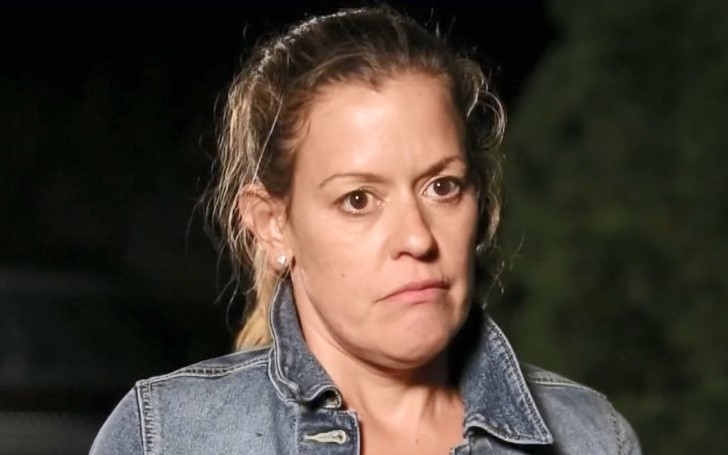 The former wife of 90 Day Fiance star Michael Jessen, Sarah Jessen, has recently remarried. According to the reports, Sarah tied the knots with her boyfriend, Sean Naso.

The reports came after Michael and Sarah's son Maxwell Jessen took to his Instagram account to upload a picture of his mother and her new husband. Max taking to his social media, shared a picture on Sunday, which Sarah Jessen reposted confirming her marriage.

Sarah on her wedding day with husband Sean and her two kids, Maxwell, and Cece.
Source: Maxwell's Instagram

The picture featured Sarah, Max, and Michael and Sarah's daughter - Cece Jessen, where all of them were seen with a big smile.

Sarah was wearing a embroidered dress, and her hair pulled back with a veil. Apparently, the new couple had a small post-wedding reception at a waterfront restaurant in Greenwich, Connecticut.

While Sarah seems to be happy with her new man, it appears even Michael attended the post-wedding reception where he was seen sitting at a dinner table along with Sarah, Sean, Max, and his fiance Juliana Custodio de Sousa.

Sarah's post-wedding reception. A dozens of people showed up to the reception. Michael and Juliana also attended the event.
Source: Maxwell's Instagram

The picture not only proved he attended his ex-wife's post-wedding reception but also showed Michael is still with Juliana, who will be featured on 90 Day Fiance's seventh season.

Also Read: Is Gregg Sulkin still together with his girlfriend or dating someone new?

Meanwhile, after the wedding pictures surfaced on the internet, Sarah has changed her relationship status to 'married' on all her social media. Moreover, she shared a picture of her wedding tagging Michael, Max, and Juliana on her Instagram account.

Well, both Michael and Sarah, seem happy for each other. For more information on your favorite celebrities' lifestyle, stay tuned to Glamour Fame, and don't forget to sign up for the newsletter.