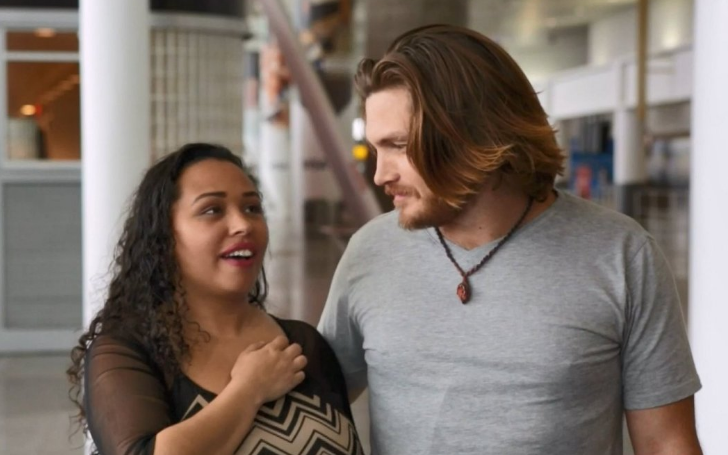 Tania Maduro thought it was okay to litter the airport arrival area.

Tania Maduro of '90 Day Fiance' is sure excited as her South-African beau made his way to the United States of America. While the joy was inevitable, there's something the reality star should have avoided.

After creating a mess already, Tania is defending her decision to litter the arrival area of the airport. On the last episode of '90 Day Fiance,' Tania said she wanted to show how grateful and appreciative she was to welcome Syngin.

Tania not only littered the airport arrival, she went a little further and decorated a nearby hotel room with rose petals. Well, certainly, she wanted to make her statement and show how special Syngin is for her.

Fans did not like the tone of her voice, and on the Instagram Q&A round, one of them asked why she was mean with the elderly man, Tania replied, "Was I actually mean, or did I [say] 'Please don't, he's coming now' and did he REALLY at that exact time need to sweep up that one spot?!"

Maduro, who thought there was nothing wrong with the littering, said, "Why not yall! Damn, I express love by doing and showing. So let [me] show and shine!"

Well, indeed, it was not right for the people at least, as they started to call her out, which the reality star did not seem to like.

Tania responding to people, she wrote, "Lol everyone bugging like I don't work in the service industry. #Stop. How I can tell YALL don't know how to act is by saying leaving petals in a hotel room is much better. -- as if they also aren't min. wage workers. #LeaveNoTrace #LeaveATip."

We think Tania went a little overboard with everything because of her excitement. We are happy the two are finally together and spending some quality time together, but that's the thing, keep it to themselves.

You just don't go around and litter the whole airport out of joy! There are some lines and hope Tania knows it by now.