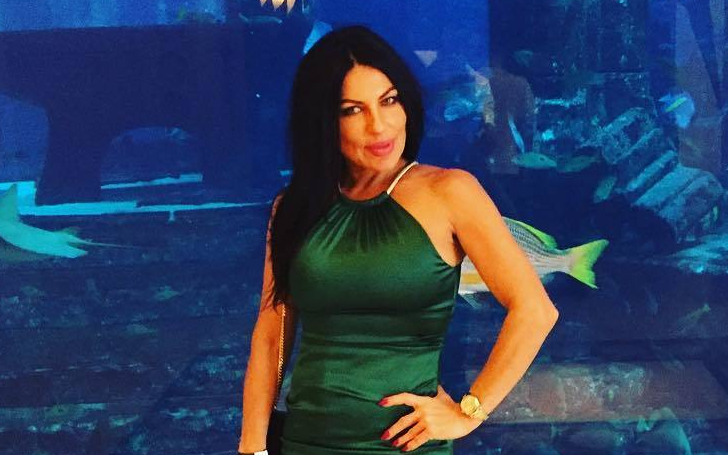 Elena Vulitsky is a 47 years old Instagram personality and an adult movie star.

Elena Vulitsky is the name that you might not have heard of before as she is a very low-key social media influencer and an adult film star. That said, don't attack us with 'Uncensored' words just yet.

Well, mother of well-known YouTube prankster - Vitaly Zdrovetskiy, is a 47 years old Instagram personality who is known, however unsung, for posting stuff about fashion on her Instagram page. A fashionista, you can say.

The Russian actress, born on March 7, 1972, in Russia, once in a while makes her appearance on adult movies, which are basically produced by his son.

But very recently, the adult film actress climbed the ladder of fame after trying to invade the pitch during Copa America finals.

Though the invasion failed and for which the actress faced some jail time, the prankster's mom said it was a hell of an 'adventure' trying.

The Russian actress gained from mere some 50k followers to over 100k followers on her Instagram overnight after trying to invade the pitch of Copa America finals.

Things, however, were not over just yet. The adult movie star, Elena, was at it again! This time, it was a completely different sport but the scenario somewhat the same.

After Elena spell on Copa America, the actress was in the ICC World Cup 2019 final between England and New Zealand. The actress was once again spotted at the Lords during the summit clash, trying to invade the pitch.

Though, the actress, could not complete the task as she was taken out of the pitch instantly by stewards and the security officials, succeeded in her motive.

Read Also: Vitaly Zdorovetskiy And Kinsey Wolanski - When Did They Start Dating? Learn All The Relationship Details Of This Prankster Couple!

The actress was there to promote her son's, Vitaly, new x-rated porn-pranking website 'Vitaly Uncensored' as she was seen sporting a black leotard with the words ‘Vitaly Uncensored’ printed across it. The actress could not invade the pitch but managed to create a hype anyway.

Vitaly Uncensored is a paid subscription-based member website, where the team features nasty pranks, all uncensored. You can check the [NSFW] preview of the site on Vitaly's YouTube channel.

It is most likely that the x-rated pranks will feature Vitaly's girlfriend, Kinsey, and mother, Elena. However, it is still not confirmed, but we can expect that to happen soon. Just don't get surprised!