home Entertainment What Is Vitaly Zdorovetskiy' Net Worth? Learn All The Details Of His Sources Of Income And Earnings! 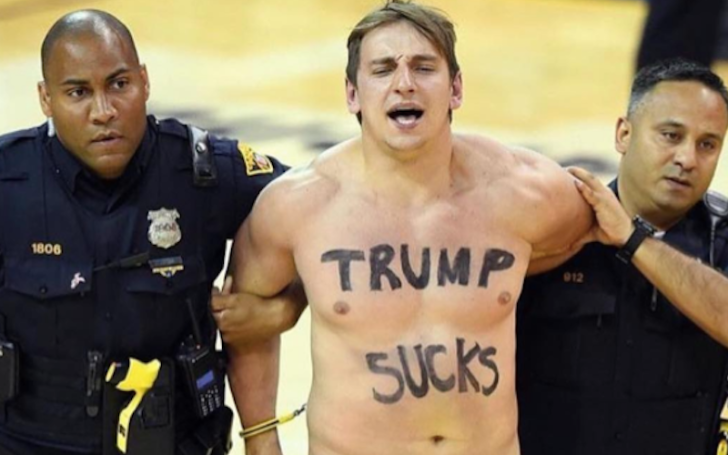 Vitaly Zdorovetskiy gained wide notoriety from his YouTube username VitalyzdTV. Till date, Zdorovetskiy has enchanted more than 1 billion views and over millions of subscribers in his YouTube channel videos

Vitaly recently rose to further popularity thanks to his girlfriend, Kinsey Wolanski who herself has managed to gain quite the followers and tabloids for her pitch invading pranks in some of the most coveted sports ceremonies such as Champions League Final, and 2019, Copa America, 2019 (though thwarted).

Zdorovetskiy was recently again on the headlines, though, this time through his mother's likewise exertions. Elena Zdorovetskiy, the mother of X-Rated YouTuber Vitaly Zdorovetskiy, had her attempt to annex the pitch at Lord’s cut short during Sunday’s Cricket World Cup final.

Also Read: Vitaly Zdorovetskiy And Kinsey Wolanski - When Did They Start Dating? Learn All The Relationship Details Of This Prankster Couple!

Zdorovetskiy’s mother wore the same revealing outfit as Kinsey Wolanski, whose UEFA streak had fueled her worldwide recognition, but this didn’t quite have the same level of accomplishment.

So, is Vitaly really worth all the trouble? Is he really that important to throw yourself almost naked in front of a mass? Know all these, along with some details regarding Zdorovetskiy’s net worth in the section below.

Vitaly Zdorovetskiy, who holds an estimated net worth of $7 million, makes his fortunes from the professional career as a comedian and as a Youtube prankster.

The Russian born American YouTuber initially got prominence from his video "Miami Zombie Attack Prank" in 2012 and had attracted 30 million viewers by January.

Vitaly’s other video "A sequel video prank" was watched five million times within a week on YouTube which was shot in Columbus, Ohio. His blog channel has been viewed 1.6 billion+ times, and as of current, the library owns 10 million subscribers.

That’s not all there to say from his lavishness. The 27-year-old also possesses a glamourous list of luxurious four-wheelers. Some of the brands that Vitaly owns are Mercedes- Benz G-Class ($124,500 - $147,500), Tushek&Spigel, Bugatti’s Divon ($1.5 million - $5.8 million), Ferrari, and Audi among many others.

Zdorovetskiy tried to become a professional skateboarder at an early age but relinquished the passion due to injuries.

Vitaly’s "Gold Digger Prank," featuring a woman who denies his advances until she perceives he drives a Lamborghini Gallardo sports car, accumulated more than 18 million views in its first week of posting, ranking VitalyzdTV the third most-watched YouTube channel in the world during that week with 45 million+ views.

In 2014, Zdorovetskiy was arrested for storming the field during the FIFA World Cup final game between Germany and Argentina in Brazil.

The master plan held in place by Vitaly Zdorovetskiy through his girlfriend in last UCL final was, in fact, a marketing strategy to bring his new venture Vitaly Uncensored into the spotlight. The website of Vitaly Zdorovetskiy titled 'Vitaly Uncensored' allows visitors to sign up for free to have access to the full adult content which they could get a glimpse of from the moment they chose to enter the site.