home Lifestyle Who Is Vitaly Zdorovetskiy's Father? What Sort Of Relationship Does The Prankster Carry With His Dad? Grab All The Details Here!

Who Is Vitaly Zdorovetskiy's Father? What Sort Of Relationship Does The Prankster Carry With His Dad? Grab All The Details Here! 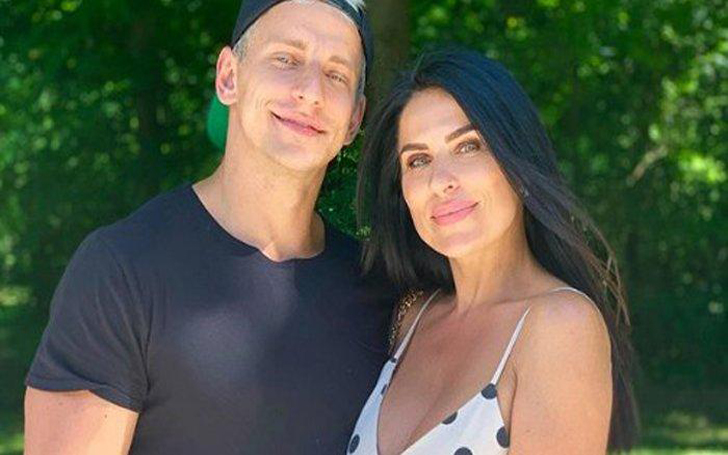 Vitaly Zdorovetskiy is a famous prankster on YouTube, and his 10 million subscribers are evidence that he is a big deal in the video making business. The reason for his newfound height of fame is when his girlfriend Kinsey Wolanski ran onto the pitch of Champions League final wearing a leotard with the name Vitaly Uncensored on the front. That video went viral, and almost all media outlet picked up the story, so he is in the media cycle again.

The prankster was born on 8 March 1992 in Murmansk, Russia and his family later moved to Odesa, Ukraine. Born to a working father, his father is a businessman who has managed to stay out of the limelight, unlike his wife and son. The prankster never uploads any of his father's pictures, unlike he does for his mother. His whereabouts are not known either the current place he is living as he most probably wants nothing to do with breaking the internet or gaining followers on Instagram.

Vitaly's mum, Elena Vulitsky on the other hand, is an adult movie star who also tried to streak across the pitch in Lords wearing the same dress but she was stopped near the boundary line by fast-acting stewards who carried her over the advertisement barrier and took or outside the stadium.

The couple even tried to pull off the same thing in Copa America final in Brazil where both of them entered inside the stadium in disguise, but the security there recognized Vitaly, and 20 security guards escorted both of them out of the stadium. They were even arrested in Brazil but later released in the afternoon.

The two pranksters, including Vitaly's mother, are definitely in the hit list of most football stadiums as they try to curb those pitch invasions by fans. Don't be surprised if one day the story breaks that the two were not even allowed through the gate at a sporting event.

With almost $7 million net worth, Vitaly has created an empire for himself that was built on pranking which has led to new heights as he is even hosting tryouts for new pitch invaders.

Watch: The casting for the new streaker

Be ready for a future pitch invasion by beautiful girls wearing the Vitaly Uncensored logo on their dress.