home Entertainment 5 Practical Ways to Get Out of a Friendzone

5 Practical Ways to Get Out of a Friendzone 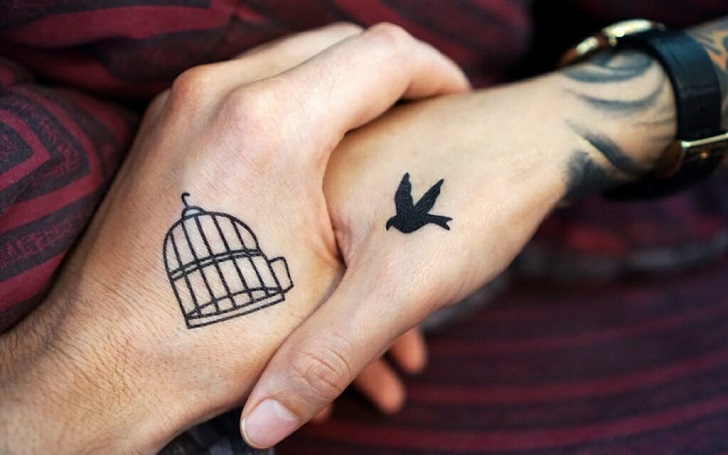 "I'm sorry, but I always thought of you as a friend. It's better that way for the both of us." Pinches you, doesn't it? You've done everything for them, and while all their romantic needs are fulfilled by you without needing some sort of commitment, your desires just fall back in front of theirs.

While you feel empty sometimes that you don't receive the same kind of care you give them, you don't want to stop because you're afraid you'll lose everything you have with the person you continually crush on. Congratulations! You've entered the friend-zone, and yes, that's how it feels like!

Friend-zone brings about an imbalance in the two parties' emotional satisfaction. It's not like it's always the fault of the 'friend-zoner' for not recognizing your needs; you've got to change how you project them. Diamond's just a diamond 'til you put it in the right left hand (this one is from a song!). Find the right approach to let the other person know that you meant more than just what you did. Again, it's all about the reception from the other end.

If you've done everything a boyfriend/girlfriend should do and still got no such response from your crush, then you've tried all the forward approaches, and it's time for a little change of pace. Of course, you'll be risking it, but humans have evolved to understand certain things in a more twisted way without even realizing it.

If there's a right person for you that you've been crushing on, make your move. But sometimes, just lean back too. It can work both ways but a little differently than you might've imagined. And try not to look too creepy while at it.

5. Try a Little Harder and Be Bold

If you have the tough in you, bring it out. Many times, one gets friend-zoned just because the other person is not attracted to certain things about them - that they try to mask their true version with.

Bring out the real you and make yourself more attractive, in all areas of the topic. Learn to get in better shape, develop better social skills, be smooth-talking & suave, and work on your 'sex-appeal'. Yes, you read it right.

You've seen girls going out with someone that may look of a little disgusting personality in a boy's eyes, and it's somewhat similar the other way around as well. So don't you settle for something less either — no back doors for you. Just break the 'best friend' stereotype.

Don't play safe or go easy every time. Ask what you want from them. Ask them to go out on a date with you, upfront. If there's an ambiguous response from the other end, tell them you just want to go for a walk with you. With that small leap and with time, you might be able to convince them to go on a real romantic date. But don't be too needy and possessive. Let the magic just happen.

The right-out-asking-for-a-date is actually proven to work. Men accept more often than women do, but it is easier for you than to just sit back and watch them taken away by someone else. If there's a rejection, face it upfront, and you could climb your way into the situation where you might actually get invited without even asking. It's no movie-scenario, but it can work.

4. Give Them Some Space and Make Them Value You the Way You Do Them

Here's a contradictory method to the tips discussed just above. Of course, you need to be bold in certain things. But at most times, giving too much attention to your crush can get you stuck in the friend-zone forever. So, at times, just stay a little apart from her. Be a little mysterious, and make them be more curious about you.

In short, be an attention-seeker. But don't overdo it. You know how some people absolutely detest the attention-seekers? Don't let them label you as one. When they really need you, you have to be there. Let them appreciate that part of you as well.

When you're not around them, it can make them feel somehow uneasy and incomplete. When you come back to them, it is somehow fulfilling for them. Again, their reception and timing are important.

Getting friendly and sticking to them like glue all the time will solidify your friendship only, sinking you deeper into the friend-zone. Make them value you like you always do them as well. You know how people are psychologically wired to value something more and want it (even if they say it's stupid that someone else raves about it) when they don't have it? Yes, occasionally create such a scenario. If they truly appreciate you, it will make them want you more.

3. Create Some Form of Competition for Them to Get You As the Prize

It's often cruel to cozy up with someone other than your crush and make them jealous of that other person. But when they don't notice or appreciate you, it's the best approach you can take. It will again make them value you more that they did before and approach you with more vigor.

As heartless as it sounds, it is often necessary. Go and make other friends of the sex you're attracted to. Be more social, and talk about your crush with these new friends who actually could understand and give you some advice. When you're seen busy with other people, it'll obviously make your possible friend-zoner motivated for your time and attention, giving you a better chance of not even nearing the zone you dare not enter.

Similarly, if you're seen to be desirable by multiple people of the opposite sex, it'll have a certain effect on your crush as well. You don't have to get to a difficult level to seek romantic attraction from those 'multiple people'; just a casual talking to is sufficient. When you look friendly to many others and are seen getting surrounded by potential candidates, the competitiveness just naturally seeds up in your future companion. Then they'll be extra cautious with you, so as to not lose you and will value you greatly.

2. There's the Rarest 'Ben Franklin Effect', but Be Rewarding As Well

Favors work magic in today's world. Alas, it is also the path to get friend-zoned. But if you can somehow use the theory of favors, you can reap better rewards. As impractical as "take from them rather than give" sounds, you'll know once you've tried it.

Don't be too nice every time. Doing favors for them means you're the one appreciating them. Use it the other way around, and you'll see the gist of it all. Make them do favors for you and get them to invest in you. It is proven to be effective as it builds trust for you in them, just as you do for them. This is the Ben Franklin Effect. One episode of 'The Mentalist' (S06E16 - 'Violets') shows us the result of such effect.

"You want someone to trust you; you don't give them something. You get them to give you something, even something small. It'll make them think they've invested in you."

The more they invest in you, the more they know you trust them and the more you mean to them. Start asking them for favors, as little as they may be. You don't realize it, but they'll want to do more for you, since they know you're giving them the chance to help you instead. It'll remind them that you owe them, and look forward for more of your care. Ask them for help, to give you a ride somewhere, to study with you or just borrow something from them.

We've all seen it — when we're the giver, the greater effect will be on us as we'll get attracted to them. When your crush is the one that is giving, it is them the effects start growing in. Those self-centered bad boys and demanding divas don't get flocked with fans any other way. It's not that they are tough; they just take too much from others.

While doing so, don't forget to balance the yin with the yang. Be grateful to them when they subconsciously behave the way you want them to. Love from both ends is necessary, for everything. Good Luck!

1. If That Person Doesn't Feel Like the Right One for You, Let 'em Go

It's the cold hard truth. If you've nothing in common with the person you're attracted to, you don't need to try harder to change yourself. The most important thing is to be yourself, and if you can't do that just for the sake of getting someone to like you in a more non-platonic way, just let go. Sometimes it's better to sit back and wait until you find someone more at your wavelength.

If all of the above or any other way you've ever heard to work will not garner anything for you, you can stop and move on. It's better to walk away than to sulk into something you can't live forever in. Find a better match and make it all worth your efforts.

There are a number of ways one can get friend-zoned by. But with a little persuasion and influence, it can be avoided if you want to, even if it means letting go. In desperate attempts to make someone like you, don't devalue yourself. A little effort and a little stepping back, a little nice and a little bad**s; it's all about the balance.

The best advice we can give you is "don't lower your guard, get them to lower theirs."