home Entertainment 90 Day Fiance - Are Corey Rathgeber and Evelin Villegas Back Together?

90 Day Fiance - Are Corey Rathgeber and Evelin Villegas Back Together? 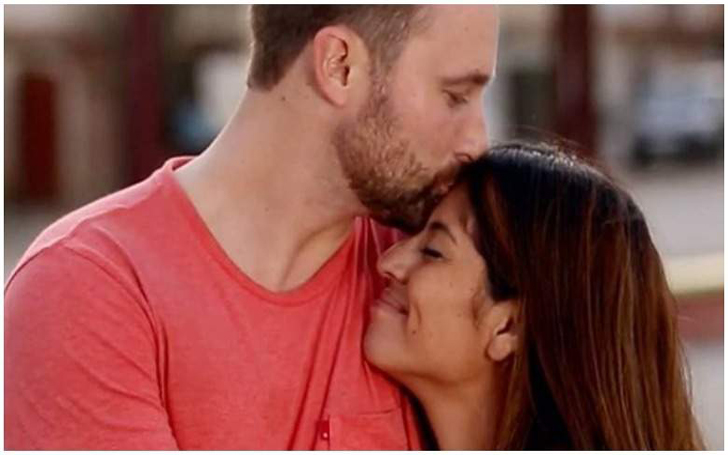 Corey Rathgeber and Evelin Villegas seem to be getting back together.

The drama between Corey Rathgeber and Evelin Villegas is not dying down with only a few episodes to go in the season it is going to be one hell of a ride for the two. Both of them got in a relationship and broke up then got back together again, but when the split happened again after Corey saw some video at the 'Tell All' the people thought the break up was final.

Well, it doesn’t look to be it, considering the two are reportedly getting back together. This is going to piss off some fans of the show considering the good-boy Corey was cheated on and his sensibility was played with by Evelin who gave no regards to his feelings and cheated on her fiancé.

Let’s take it back to the 'Tell All' where the whole thing snowballed and caused some serious amount of breakdown on the man from America. In the episode, the producers of the show decided to show Corey a video, and from insiders, on the show, it was revealed, after seeing the footage, Corey broke down crying. He was asked to sign a waiver regarding mental health when before they showed him the video.

There was also a counselor on set to help Corey process what he saw on screen and when the video was over, Corey was crying and went off camera to talk with the counselor. This was all too much for the fans of the show and Corey, he is the favorite of all the cast of the new season and seeing him cry and be cheated on resulted in a lot of hate being leveled Evelin’s way.

After seeing the video, and right on time with his birthday, Corey took to his Instagram and blocked Evelin. She also took to the image-sharing site to say while they were together all they did was Netflix and chilled, but now she could party. She also asked all the 90 Day Fiance fans to wish Corey a happy birthday on her behalf while she goes out and party.

While the whole fan base was laying into Evelin for doing what she did to Corey, he was still defending her. There was also the comments Benjamin Taylor made about Corey being sad but also said he was keeping himself happy and he was single at the moment.

But now it seems the two former flames are getting back together; first, there was the photo Evelin posted of the two on 30 September with the caption, “I hate hiking but love @coreyrathgeber_90 we are only 2 episodes away for our season to be over, watch it tonight.”

The photo was of the two going on a hike together, and you may say they probably went on the trip once and she is posting the photo now, there is nothing suspicious about any of it. But then there is the use of present tense Evelin used; she said “love” in her caption which signals she still harbors feelings for Corey.

Then came the eagle-eyed observation by the fans of the show, who saw the two started following each other again. We mentioned above Corey blocked Evelin on his birthday, which means they will automatically unfollow each other, and now it seems the two are back together again.

The positive posts by Evelin combined with the two starting to follow each other again signals to the fact they are getting back together again. The fans are not too keen on Corey taking her back in considering everything Evelin put him through over the past few weeks.

Corey is a nice soul, and despite what happened to him in the show and all the hurt Evelin caused, we know he loves her no matter what the fans think. We love the fact he is passionate about love and is faithful, but maybe he should be faithful and passionate about someone else because we are among the fans who think he is way too nice to be in a relationship with Evelin, but if he is happy about the whole thing then there is nothing anyone can do except wish them both good luck.

Before you leave, make sure to click on Entertainment section for all the information you need on the new season of '90 Day Fiancé.' Also, check out Glamour Fame for all the latest news and gossip on your favorite celebrities.