home Entertainment A Double Date With John Cena Is Out Of The Equation For Nicki Bella!

A Double Date With John Cena Is Out Of The Equation For Nicki Bella! 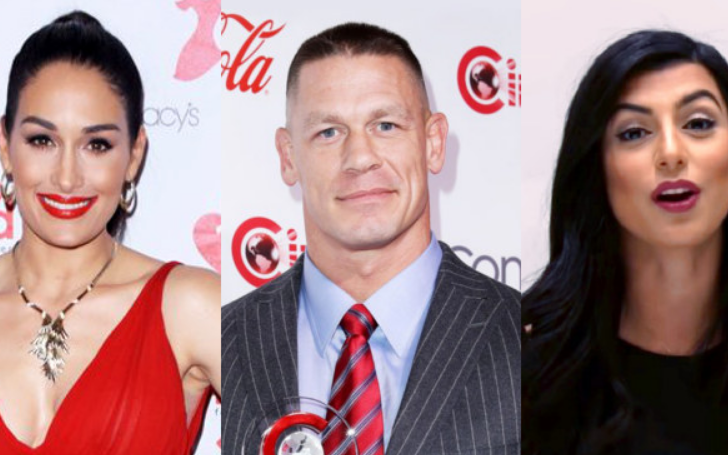 Double dating with some boundaries.

John Cena and Nikki Bella spent quite a lot time together, but the couple, as we know, announced their split after three and half months of their engagement.

Following the split, Cena was left pretty much heartbroken until he found his love of life, Shay Shariatzadeh, who is a successful engineer in the Vancouver area. As claimed by the reports, the couple is now enjoying a good time together.

While on the other hand, John's ex, Nikki, has also entered the dating scene, the WWE diva is now dating dancer Artem Chigvintsev.

Nikki, who is happily spending time with her dancer boyfriend, said, she is happy for Cena as well, as the WWE star has found his love.

The WWE diva said, "Oh my gosh, so happy for him."

Cena and Bella dated for years, and broke up in 2018, however, John did not give up on the relationship without a fight.

John Cena publicly pleaded to get Nikki back and there were rumors the two getting back together but did not happen. Guess, whatever happened, happened for the reason as both the exes have found their SOs.

While the former couple has moved on already and seems like both are happy for each other for where they ended, but as for the double date, we don't think that's going to happen.

When asked about the double date, Nikki Bella said, "I don't know. I think there are boundaries, right?"

Well, of course, there are a few things which should not be done even it looks completely harmless. Anyways, all the best to both the couples for finding love.