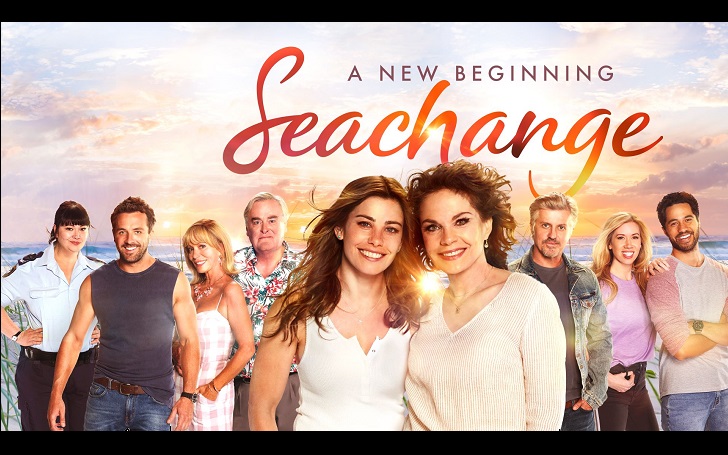 Beloved Australian drama SeaChange returned to the screens after nearly 20 years of absence, and they got a shiny channel 9 makeover.

It was December 9, 2000, when the last episode 'Half Life' of Australian series 'Seachange' was aired and fast forward 20 years, the first episode of Season 4 aired Tuesday night on August 6 which premiered to an incredible 1.105 million Australian viewers.

The show that was premiered by ABC (Australian Broadcasting Company) in the late 1990s was rebooted by Channel 9 this year, and the ratings were through the roof. According to Mumbrella, the total viewership overnight makes SeaChange the highest-rating drama of the year so far on free-to-air programming.

ABC aired the show almost 20 years back with 39 episodes in over three seasons (13 episodes each), and viewers were brought back by Nine to Pearl Bay as 'Laura Gibson', portrayed by Sigrid Thornton, tried to piece together her life after failures overseas.

Along with Sigrid, John Howard came back to the show as 'Bob Jelly' who is released from prison. The new faces in the show included Brooke Satchwell as 'Miranda Gibson', Laura's oldest child, and Dan Wyllie as 'Ben Russo', the new owner of a local pub.

As soon as the first episode aired, fans and critics alike took to social media to provide their thoughts and reviews on the rebooted version of the show. Most of them were a little disappointed with the way the whole vibe of the show changed.

Read Another: Gossip Girl Reboot - What We Can Expect

The Guardian's review of the rebooted show explains how it is "quite nice, in a mild, well-mannered, diet soda sort of way" and that "Seachange without that off-kilter warmth isn’t Seachange".

Some viewers are willing to wait for more episodes to give their final verdicts and maybe it will be worth the wait. Nonetheless, the return of the 1990's hit still shows there's much to life. We'll just have to wait and see.