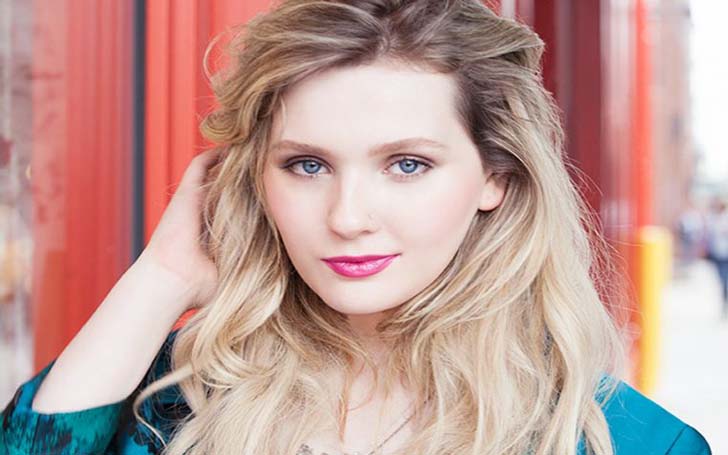 From a very young age, Abigail Breslin started in the acting business. Born on April 14, 1996, she starred in her first commercial at the age of 3, where is acted in an ad of Toys “R” Us. Third of three siblings the whole family lived together in the lower east side of New York where she still resides.

Since she starred in the commercial, she went on to act in various movies that were nominated for the Academy Awards. Though her career hasn’t been long, she has racked up quite a number of hit movies to her name. At only 23-years-old her career is only taking off so here we are taking a look at five of the best movies and TV shows of Abigail Breslin’s career.

First is something that everyone remembers and this is the first time we were introduced to the young and talented Abigail Breslin in the 2002 hit movie 'Signs' by the then famed director M. Night Shyamalan. This thriller starring Mel Gibson and Joaquin Phoenix was a hit at the box office, though it was unable to match the heights reached by M. Night’s another massive success The Sixth Sense. In this thriller, Abigail Breslin plays the daughter of Mel Gibson’s character, and she plays 'Bo', and in the movie, her dog is killed after the animals across the town become violent. This movie had a pretty disappointing ending, even though the cast and characters received praise, the material they were given was criticized. Still, the film made over $400 million at the box office.

Another first for the talented actress as this was her first regular role on a TV show. 'Scream Queens' was a black comedy show on Fox which focuses on a sorority house that is being attacked by a serial killer who is wearing a red devil costume. Abigail played 'Chanel #5' in the show where she is the right-hand woman of 'Chanel Oberlin'. She was a very emotionally unstable character who got traumatized after the murder of her boyfriends. This was a first significant starring role on a TV show for her, and she showed her talents, even though the series didn’t last more than two seasons.

Definitely, Maybe is a romantic comedy movie starring Ryan Reynolds. He is a political consultant, and after her daughter’s first sex-ed class, she insists on hearing how her parents met. Abigail played the daughter of Ryan Reynolds and her relationship with the leading man is what is so charming about this movie. The semi-mystery film where the father changes the names of the characters to make his daughter guess who will actually turn out to be her mother is both endearing and heartwarming. The relationship between Abigail and Ryan was the reason this movie was a success, and we still recommend people to see this, to know the Ryan Reynolds that was before the foul-mouthed Deadpool took him over. Abigail gave a star-making performance, and this is one of our favorite movies starring the multi-talented actress.

By the time Zombieland came around, Abigail was grown up, and she was playing a foul-mouthed sister of Emma Stone. This one was a totally new direction for the actress as she let go for her childish charm and her endearing smile; instead, she gave the camera a middle finger, kicked Woody Harrelson in the nuts and left Jesse and Woody to die. This was an experiment for the still up and coming actress, and it seemed to have worked as she went on to do more of the roles that were ever present in her performance in Zombieland. Also, she is reprising her role in the upcoming sequel, Zombieland: Double Tap.

'Little Miss Sunshine' was a family drama and Abigail’s first headlining role as she was the main character and her competition was the main plot point of the movie. The whole family gets on a yellow van and makes their way to a beauty pageant, and on the cross country trip, various family dramas arise. Secrets are revealed, and bonds are made as the family which was on the verge of ending unites for their daughter. This was a fantastic character study, and a look at a family determined to get somewhere whatever it takes. We highly recommend this movie.

Abigail Breslin has made some serious moves, and her career has seen some high profile roles. Still, a very young girl she has nowhere to go but up, we know she has the talent, now she just needs that perfect role that will make her a household name. You can check out Abigail in the sequel of Zombieland hitting theatres in November.