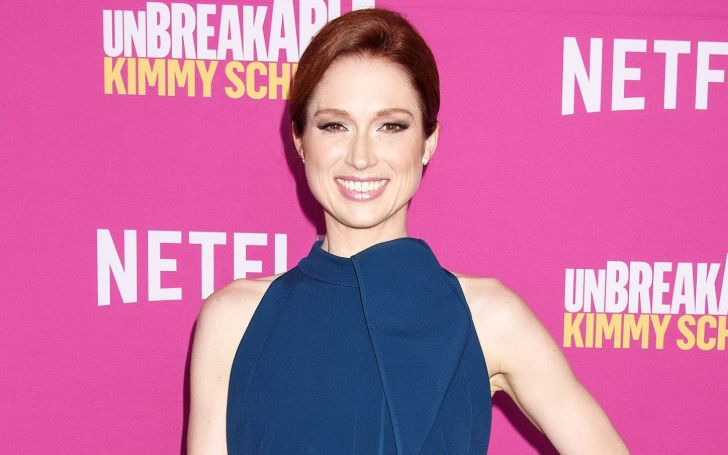 Yes, the rumors were true, The 21 Jump Street actress recently unveiled her pregnancy reports on a recent episode of Jimmy Kimmel Live after Jimmy razzed her for missing the star-studded party.

Recently Jimmy threw a celebration party for the cast members of Norman Lear’s 'Live in Front of a Studio Audience' for their successful show run.

Kylie Jenner Hints She May Be Pregnant with Second Child >>>

But Ellie, 39, shares that she can't stay for the party, initially apologizing and later opening up the reason for the absence.

“This is my nightmare that this subject would come up,” she said. “I was unable to make it. I am so sorry. I’m gonna tell you why: It’s because I’m pregnant and I felt sick … I’ve been blaming the pregnancy for so many things, and this is one of them.”

Kemper is pregnant with her husband Michael Koman who has been going deep since 2012. Interestingly Kemper and her writer hubby welcomed their first son James on July 2016.

The couple tied the knot in July 2012
SOURCE: Hollywood Reporter

Well before Ellie shared the news, her stylist, Jessica Paster, let the cat out of the bag taking it to her Instagram with the actress' photo, writing "beautiful mommy to be."

@elliekemper x @unbreakablekimmyschmidt this beautiful mommy to be...

Well, we would like to congratulate Ellie and Michael for the happy news. We shortly hope to see the little sunshine blooming in the family of three.

Stay tuned and connected to Glamour Fame for more celebrity news and content.