home Lifestyle Is Adria Arjona Married? Find It Out Here

Is Adria Arjona Married? Find It Out Here 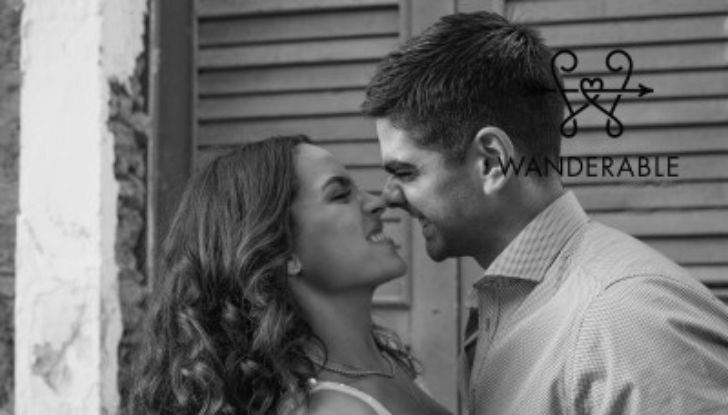 Is Adria Arjona married or dating in 2021? Complete details of her romantic life here!

A new face and a promising actress, she is just at the advent of a great career ahead. Known for her role as Emily in the Nizz Pizzolatto created True Detective in 2015, she garnered great reviews for her character Anathema in the Gaiman-directed mini-series Good Omens and Netflix horror film The Belko Experiment.

Adria Arjona has since appeared in a few more projects, giving fine performance and securing her place amongst the best upcoming stars.

Adria Arjona Torres was born on April 25, 1992, in San Juan, Puerto Rico, to a homemaker, Leslie Torres, and Guatemalan singer-songwriter, Ricardo Arjona. Trained at Lee Strasberg Theatre and Film Institute, Adria ventured into the film industry with minor roles. The Puerto Rican beauty is married to someone outside of showbiz since 2019. Continue reading to find more.

As Adria is set to appear in Marvel Comics-inspired Morbius in 2022, the hype around her is real. The actress married an attorney in 2019. Adria has been since giving her fans a few #Couplegoals moments on Instagram.

Adria Arjona, the rising star, got married to her boyfriend Edgardo Canales, an attorney, in 2019.
Photo Source: Stars Offline

Usually detached from the internet, Adria took people by surprise when she posted a picture of herself wearing an engagement ring, with the caption, "A million times yes." As per reports, the 28 years old actress started dating her now-husband Edgardo Canales, an attorney, back in 2017.

Check Out: What was the Net Worth of Olympia Dukakis? Learn all the Details Here

The couple officially tied the knots on 31 August 2019 at Capilla Del Hotel, Santo Domingo. A local report noted, the ceremony was a personal affair, with only close attendees. The couple reportedly asked their guests to make individual contributions to children in need instead of bringing wedding gifts for them. Guatemalan guitarist Gaby Moreno was a guest at their wedding.

Adria Arjona and Edgardo tied knots at Santo Domingo, and their wedding was attended by the renowned guitarist Gaby Moreno.
Photo Source: Facebook

Adria and Edgardo continue to keep their marriage away from the spotlight, and no personal information about Adria's husband Edgardo has been released yet. The couple was last spotted at the 2020 Vanity Fair Oscar Party.

Is Adria Arjona Gonna Be the Bride in "Father Of The Bride"?

In a recently released good news for Adria and her fans, Adria is the decided lead opposite Andy Garcia in Warner Bros' remake of Steve Martin's Father Of the Bride (1991).  She will be playing the bride Elizabeth Taylor, and as per sources, the new version of the comedy film will center around a Cuban family.

Adria Arjona is set to play the Bride in the Warner Bros remake of "Father Of The Bride."
Photo Source: People

Written by Matt Lopez and Gaz Alazraki for the director, it has been added to the list of Adria's most anticipated upcoming project. The list also includes the severely delayed Morbius, Netflix's Sweet Girl, opposite actor Jason Momoa, and Starwars series Andor. Hence, the Emerald City actress is one of the few brightest upcoming stars in Hollywood and a name everyone should definitely look out for.