Alex Honnold Net Worth - Complete Breakdown of His Earnings 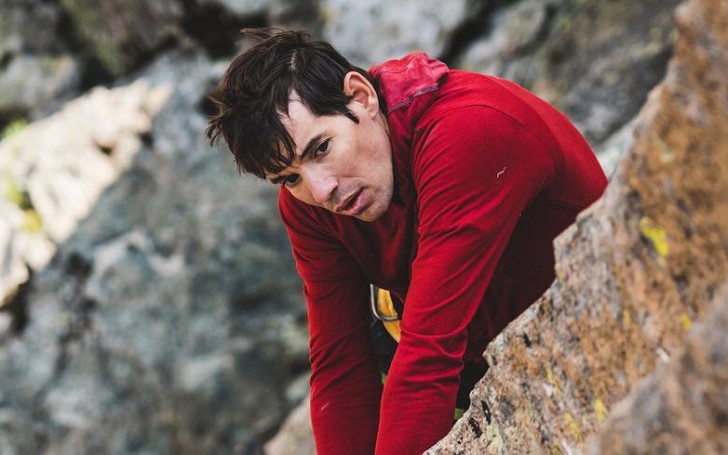 Alex Honnold is a professional adventure rock climber. The pro-climber found Hollywood levels of fame for his free-solo ascents of America's biggest cliffs. Alex Honnold, 34, is both gifted and hard-working, which just helps to grow as he goes.

Honnold's fame made him appear in the international television commercials and starred in numbers of adventure movies, including the Emmy-nominated, "Alone on the Wall."

Alex, who is engaged to Sanni McCandless, made a considerable fortune out of his talents, skills, and fame. So, we thought it's better if we gather some information about the star climber's wealth, because, how wealthy is Alex Honnold, and how much he earns, are the questions that people usually ask. Here are some interesting facts you should know.

Alex Honnold, who is engaged to Sanni McCandless, holds a net worth of $1.8 million.
Source: Alex Honnold Instagram

According to some reports, Alex Honnold puts his net worth at $1.8 million, which makes him the highest paying climber. The American climber began his career at a local gym and struggled at first, but look at him now, Alex really climbed his way up to the top, making hard for all other climbers to beat him.

The 34-year-old competed in the various championship as a teenager, finally getting his first recognition in 2007, after free-soloing Yosemite's Astroman and the Rostrum in under 24 hours. Since then, the professional climber never looked back and became the highly acclaimed climber of all time.

Alex Honnold earning is based on his sponsorship he get from big brands like The North Face, La Sportiva, etc.
Source: Alex Honnold Instagram

Alex Honnold, who created history when he ascended El Capitan,  became the first and only person to make the free solo ascent. Certainly, when you are so prominent in the things you do, you attract a lot of people, with whom comes money.

Also Read: Check Out the Complete Breakdown of Shirley Jones Net Worth

Alex is sponsored by more than dozens of brands, which includes The North Face, Black Diamond, La Sportiva, Goal Zero, Stride Health, and Maxim Ropes. With so much sponsorship in hand, no wonder, he is making more than millions a year; however, net worth just $1.8 million still seems short.

The Alex Honnold Foundation works with other local projects to make the life of others better. To name a few, Alex Honnold's foundation is working on projects like Grid Alternatives, which is a California-based non-profit, that has installed more than 9.5K solar systems throughout the United States, Nepal, Nicaragua, and Mexico.

Moreover, Alex's foundation is working on initiatives like SolarAid, which works on replacing potentially hazardous Kerosene lamps with Solar batteries in the remote. Both projects combined can save over $300 million.

You May Also Like: Craig Ferguson's Wife Megan Wallace Cunningham - What is Her Net Worth?

When asked why to start a foundation, Honnold, 34, said the idea was rooted in the concept of public giving and inspiring others to do the same. Honnold is a kind of person who believes in volunteering rather than donating money.

Rebekah Casey, deputy director at Grid Alternatives, said, "Alex is a humorous, curious, intelligent, and overall amazing kind of human. His mom is awesome, too."