home Entertainment Alexis Ren Is Gushing Over Her Confirmed Boyfriend, Noah Centineo, "He Has a Heart of Gold"

Alexis Ren Is Gushing Over Her Confirmed Boyfriend, Noah Centineo, "He Has a Heart of Gold" 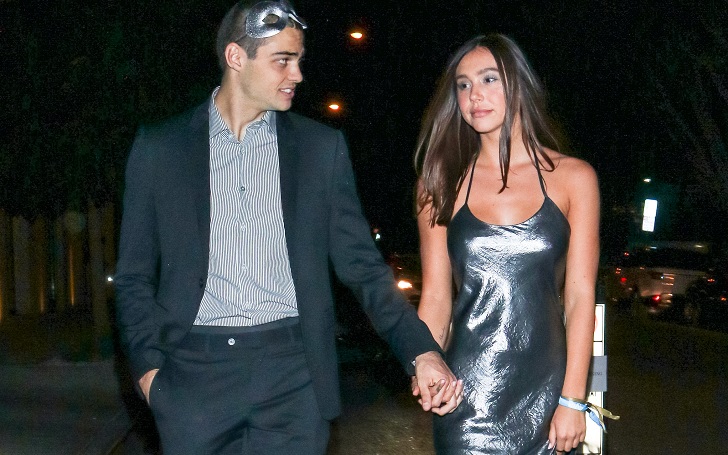 Alexis Ren has finally revealed everything about her dating life with her confirmed boyfriend, Noah Centineo.

After a couple of months of speculations over IG model Alexis Ren and actor Noah Centineo, she has finally revealed the life with him at the 2019 Revolve Awards in Los Angeles on November 15, Friday, night. She was gushing over him during a short interview with E! News.

"He's amazing. His heart is really that genuine. He has a heart of gold, and he's that much of a dork in real life, too," she told the interviewer.

In the course of the interview, she also shared some more tidbits on their dating life. She is overjoyed over the fact that they are both alike and take their dates in the same manner. She also explained how Noah met her family, and she asked her brother to like him as she was in love with him.

Must Watch: The Complete Part Where Alexis Ren Talk About Noah Centineo

The couple sparked dating rumors in September when they were seen in multiple outings together. They were spotted in PDA packed photo scenes in May. Then, all rumors were put to rest at the red carpet debut of UNICEF Masquerade Ball in Los Angeles in late October, as they walked together for the first time as a couple.

Although they did not officially comment on the relationship at the time, the celebrity and the fan world alike were in talks about their newfound status. Sorry girls, the Internet's Boyfriend has been taken.