Amanda Pacheco Engaged to Be Married to Girlfriend Wilmer Valderrama 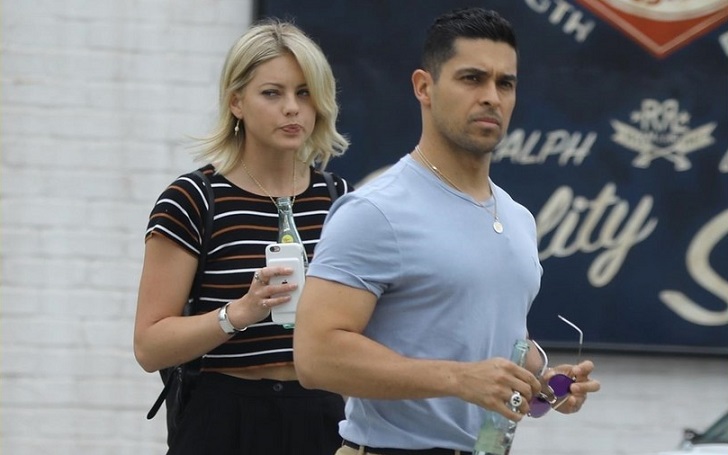 While everyone in New York City started off their New Year with a kiss (is that a stereotype?), way across the country in San Diego, actor Wilmer Valderrama and his model girlfriend, Amanda Pacheco, celebrated the new decade with their engagement.

The 'NCIS' star shared a photo on Instagram of him popping the question with one knee on the ground on a rock by the sea, with an amazing background. "It’s just us now," he wrote as caption marking the engaged date 01-01-2020. Their celebrity friends came to congratulate them in the comments, including Kevin Jonas and Eva Longoria.

The model also shared the same photo on her Instagram account, along with another one showing their hands together while showing off the pear-shaped diamond ring.

The pair were first linked in April 2019, after they were seen shopping in Los Angeles. They also attended the wedding of Joe Jonas and Sophie Turner together in Paris earlier in June.

Valderrama last dated Demi Lovato for six years before splitting up in June 2016 under mutual terms. They claim they would still remain best friends despite the split. They actually did.