home Entertainment Anne Douglas Net Worth - All The Details Here!

Anne Douglas Net Worth - All The Details Here! 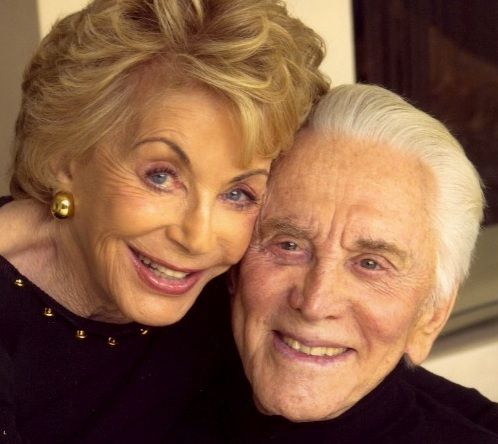 Anne Buydens Douglas is a few of the veterans left in Hollywood from the golden age. The iconic producer and also an occasional actress is also widely recognized because of her high profiled married life with another Hollywood icon, Kirk Douglas, who passed away in 2020.

Anne Buydens was born on 23 April 1919 in Hanover Germany; her family emigrated to Belgian to escape the Nazis when Anne was still very young. Anne completed her education there in Belgian and soon moved to Paris in order to pursue her Hollywood dreams. She'd meet young Kirk there in Paris and get married years later.

Young Anne was endowed with a life that we only see in movies; after marrying her husband, she became an affluent figure, but it also took a lot of compromise on her part for the marriage to work. Continue reading to discover Anne's life, her triumphs, and trials.

Anne Douglas, despite her posh lifestyle doesn't possess a net worth that would do justice to her social stature. The producer's collective wealth with her late husband was a staggering figure, but the duo has reportedly contributed much of it in philanthropy.

Anne had first moved to Paris to work as a translator; her encounter and friendship with Kirk changed her fate for better or for worse.

In her active years working as a producer and an actress, she worked in a number of films like "Scalwag," "Deep River", etc. but it wouldn't be wrong to say that her bright career and a possible greater life was somehow overshadowed by her husband's enormous popularity.

Anne Douglas Buyden's net worth in 2021 is estimated to be $1.2 million; she and Kirk shared two sons, Peter Douglas, who is a producer, and Eric Douglas, an actor who died young from drug overdose. Her late husband was worth $60 million, an amount that he and Anne decided to use for a better cause.

The celebrity couple, although we're known for a rocky and controversial marriage in their youthful days, Anne, had later learned to accept her husband's infidelity to make their marriage work.

Kirk and Anne Douglas donated most of their wealth to humanitarian causes.
Photo Sources: Cheat Sheet

The duo even released a book, "Kirk and Anne: Letters of love, laughter, and life in Hollywood," that brought clarity on Anne and Kirk's deep love that was free of any restriction and was withstanding.

Kirk and Anne had decided midway to contribute their fortune and time to the needy. In the early 1990s, the duo donated $40 million to an Alzheimer's treatment facility; their generosity didn't stop there; they contributed $15 million, $2.3 million, $5 million to various non-profit causes.

The Douglas couple started their own charity named "Douglas Foundation in the early 1960s and helped countless through it. Kirk further went on to endow his massive wealth to the same foundation.

Anne Douglas speaking her heart on her virtuous endeavor has quoted, “If I had, but one wish, I think becoming a recognized patron of homeless men and women would be it. I hope together we will be able to alleviate their plight entirely.”