home Entertainment What is Anne Stringfield Net Worth? Check Out The Entire Breakdown of Her Wealth!

What is Anne Stringfield Net Worth? Check Out The Entire Breakdown of Her Wealth! 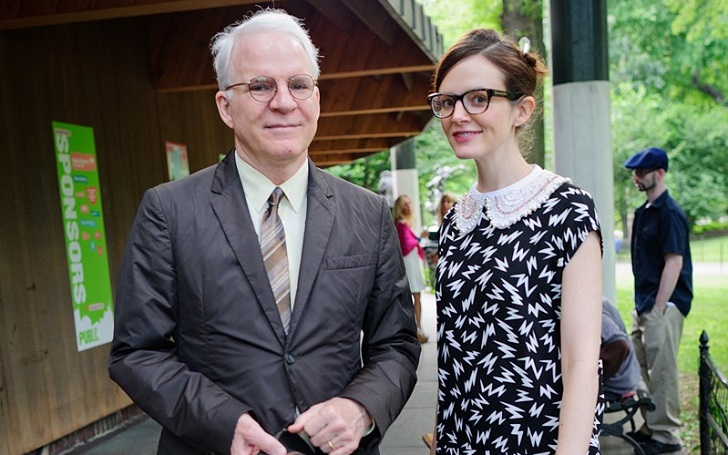 Anne Stringfield is most noted for being the wife of Steve Martin as his wife. The comedian married her in a low-key surprise wedding which was held on July 28, 2007. They have one child, a daughter named Mary together.

The 47-year-old is only a celebrity wife and, thus, does not have a significant source of income. However, with the kind of fortune Steve is bringing into the family, there is no need to. She is living the high life behind the camera, just as she chooses to.

She Was a Contributor for Vogue and New Yorker Magazine

If you flip through the pages of New Yorker Magazine's web pages, you might come across her too. She has written a couple of articles in 2011 and 2012, but she was more like an editor and a fact-checker for the magazine.

The couple surprised their 75 guests during the wedding, who thought it was just a regular party.
Source: SC Style Caster

Before that, she also worked as a freelance writer for Vogue magazine. She often wrote reviews on mostly art (Steve is also an avid art collector) and off-Broadway plays.

Of course, Steve Martin made the wealth from his career in the comedy business. But as husband and wife, possibly inseparable from hereon, they share a net worth of $150 million. The work for the magazines don't pay much, but since she became a mother, she's only dedicated to being a good one.

Anne initially suggested her daughters' name to be Conquistador, of all things.
Source: Coleman-Rayner

Steve is best known for his early acting career as well as his comedy works like 'The Smothers Brothers Comedy Hour' and several 'Saturday Night Live' (SNL) appearances.

The 74-year-old's career began in the late 1960s after he dropped out of UCLA for theater. He did some comedy routines before landing a writer's job in 1967 for 'The Smothers Brothers Comedy Hour', with the help of his former girlfriend, Nina Goldblatt. He won an Emmy in 1969 for the work.

Steve Martin became a father at the age of 67.
Source: Pinterest