Apple TV+ is the New Home for Oprah's Book Club; Better Get Reading She Revealed Her First Book 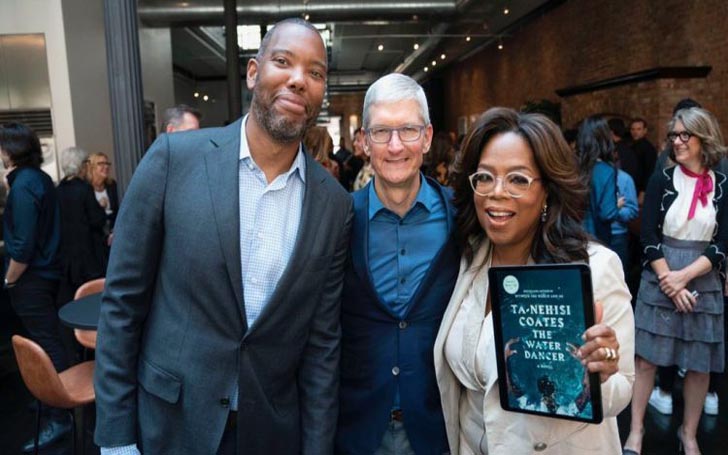 Oprah's Book Club is coming to Apple TV+ this fall.

Now the rights to the new show are going to allow the streaming service to get some loyal customers when it first launches. After the release of Oprah’s Book Club 2.0, this will be the first revival of the show, and people are excited. According to Apple, the show will be available to stream on 1 November when the streaming service launches and new episodes will be made available on the platform every two months which is a long time for the people to catch up and finish her first selection for the new show.

“Our journey begins with ‘The Water Dancer,’ an incredible new novel,” Oprah announced on Twitter. “It is as beautiful as it is tragic, and I am beyond excited to read it with you. Get your hands on this book because I’m going to sit down with Ta-Nehisi Coates and an audience filled with people who love books on Apple TV+.”

'The Water Dancer' by Ta-Nehisi Coates is a brilliant piece of literature which infuses magic into slavery and the Underground Railroad, and this will be a great discussion when the first episode releases. The fresh mythology and the crafted sci-fi world with the basis in slavery is something which can instigate timely conversation still to this day where hate and prejudice are prevalent and may be reaching a breaking point.

All of Oprah’s selection will be available for purchase on Apple books, and the hope is the trend of Oprah, and her recommendations reaching new heights in sales and recognition will continue with the new show and puts the spotlight on deserving writers who probably would’ve never reached the same amount of people themselves.

The book segment is already a fan favorite, and people were ready to get started with the purchase and reading of the book so they can be involved in the discussion. “I am who I am today because of the experience of learning to read at an early age,” Oprah shared about her reason for reading books. “Reading opened up a whole world for me beyond the red dirt road and my grandmother’s porch in Mississippi.”

The first episode will also allow the writer of the book to take center stage and share his inspiration when he shares the screen in the first episode with Oprah. The discussion will take place in Washington and will be filmed in front of a live audience.

This is one in a slew of programming choices Apple is bringing including series from Steven Speilberg and Reese Witherspoon’s drama show ‘The Morning Show’ along with Jennifer Aniston. Then there is the behemoth of a series in ‘SEE’ which stars Jason Momoa in the leading role.

All of the shows will be available to stream when the streaming platform arrives on 1 November 2019, so save your money and get your subscription for the new and exciting service from Apple.

Before you leave, make sure to check out the Entertainment section for a run-down on all the cast members of the series. Also, visit Glamour Fame for our collection of new stories, gossip, and everything in between to be in the know.