home Lifestyle Are Randy Owen & Kelly Owen Still Together? Details on their Married Life and Wedding

Are Randy Owen & Kelly Owen Still Together? Details on their Married Life and Wedding 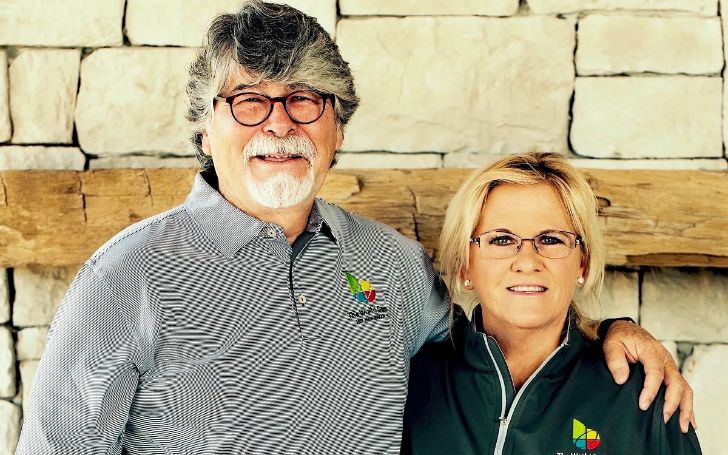 Grab All the Details On Randy Owen And Kelly Owen Lovelife. Find Out: Are They Still Together?

Randy Yeuell Owen is an American country music artist known as Randy Owen. He is recognized as the lead singer of Alabama's country-rock band. The group became the most successful group of all time in country music and saw tremendous mainstream success in the 1980s and 1990s.

Randy's wife, Kelly Owen, was the primary benefactor in constructing the Kelly Owen Women's and Children's Pavilion at DeKalb Regional Medical Center in Fort Payne, a charitably-operated hospital of the Baptist Health System of Alabama. Her life history is officially under wraps. Besides all these, let's learn about Randy and Kelly's married life and children here.

Are Randy Owen And Kelly Owen Still Together?

Yes, Randy Owen and his wife, Kelly Owen, are still together! As the saying exists, a woman always appears in the success behind the man. Likewise, Kelly is the one who has been supporting her better half Randy from the start of their married life. During this semicentennial period, Ms. Owen was the one who supported him until his career's success.

Randy walked down the aisle with Kelly in 1975. As of 2022, the duo's married life has completed forty-seven years. According to Married Biography, Randy was twenty-five years old, and at the same time, Kelly was just seventeen when they together shared their vows.

Randy met Kelly when he was performing in Alabama and was starting in Myrtle Beach, S.C. club, as noted by LIVE RAMP UP. The couple has spent their honeymoon in a Montgomery Motel 6.

It has nearly been five decades since the couple has known each other. But the exact date of Randy and Kelly's marriage and their dating period is not out yet. Moreover, the wedding venue and their wedding reception photographs are not publicly published on social media, neither by the couples nor by any outlets.

Also, See: Who is Charles Melton Dating after split from Camila Mendes? All Details Here

Dipping more into Randy and Kelly's relationship, the couple has never gotten spotted by anyone in public places. It is quite surprising for many eagle-eyed fans that they have maintained the same privacy after being together for a long time.

Kelly Owen And Randy Owen Are Parents To Three Kids!

No doubt, Kelly Owen and Randy Owen are blessed with three kids. Kelly has given birth to her three children, two daughters, Randa Rosanne Youell and Alison Sena Yeuell, and one son, Heath Youell. However, their age is not publicly disclosed.

Being less active on social media, no personal information about their kids can find out. Undoubtedly, Randy's kids, Alison, Heath, and Randa, three, are experiencing the luxurious lifestyle their father provides them.

Read Out: Elon Musk Spotted having Lunch with his New Girlfriend, Natasha Bassett, in St Tropez.

As Randy and Kelly are experienced in keeping their personal life away from the media, the lovey-dovey couples have also never come up with the details about their kids. The kid's personality is still a big question mark to many.

Randy Owen and Kelly Owen have been together for nearly fifty years, which means there is no hope of them being close to any other faces in these past fifty years.

In addition, the pair have never been in controversy and rumors regarding their personal life. They are a good example of the best couples having no flaws in their love life.

Switching on multiple outlets, Randy never had his past and rumored relationship. Additionally, Kelly has never been rumored to have dated any handsome faces before marriage or after her married life.

How Rich is Randy Owen? Learn about Randy's Net Worth!

Singer Randy Owen is counted as a multi-millionaire. Owen amassed quite a considerable amount of fortune throughout his music career. Currently, Randy holds a total net worth of $50 million, of which he collected $2 million as his salary.

Randy and his loving spouse, Kelly Owen, live at a cattle ranch. The legendary artist and his wife own the said ranch near Fort Payne. Likewise, Owen owns around eight hundred acres of farmland. However, Kelly and her husband keep their other assets out of public view.

For more details on celebrity relationship updates, stay tuned with us in Glamour Fame.