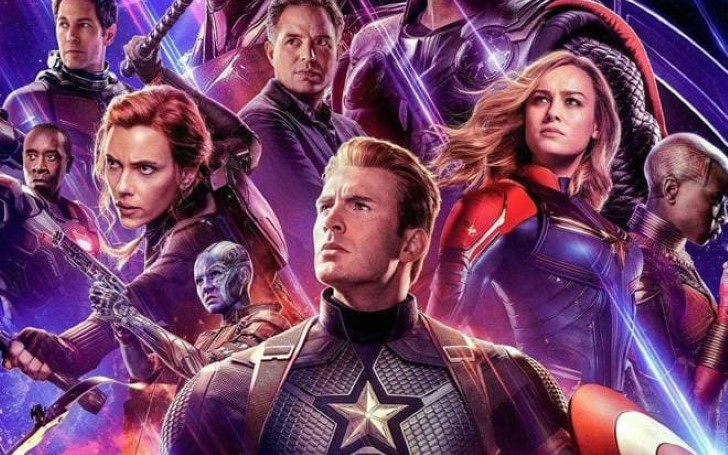 Avenger: Endgame isn't out of theatres yet and Marvel is in the process of re-releasing it.

One thing about comic books, they never end. No matter if the hero dies, someone else will pick up the mantle, or the worst writing trick of them all, the hero rises from the dead. On the other hand, movies based on the comic books don't have the luxury of bringing back people from the dead, it just plays with the emotional punch of having seen them die in the first place.

In Avengers: Endgame, though Tony is dead, it seems like the extra 8 minutes of footage will show Tony interacting with his daughter Morgan inside the soul stone. Seems as though the directors are trying to give Tony and his daughter some semblance of closure.

Watch: The trailer for the Avengers Endgame

Kevin Feige, the mastermind behind the 22 films 11-year saga we got to witness on the big screen, said that they are releasing a new version of Avengers Endgame in the theatres this weekend. Though the Marvel savant did say they are releasing the Endgame again, he also said the movie is not an extended cut but will feature an end credit scene which was not present in the previous worldwide cut, also he said there will be some surprises and a tribute.

This summer when Endgame was released there were rumors of some scenes being cut from movie as directors Joe and Anthony Ruso explained, it took away from the emotional punch of the story. Also, there was no, mid or end credit, scene after the credits started rolling. End credit scenes have been the staple of Marvel movies ever since Nick Fury first stepped out of the shadows inside the Malibu House of Tony Stark, "To talk to you about the Avengers initiative". Most recently fans saw the beloved and funny end credit scene of 'Spiderman: Homecoming' but 'Endgame' rolled its credit without any nuggets at the end, much to die-hard fans' dismay.

Watch: The first appearance of Nick Fury to talk about Avengers

The directors also revealed after a week of the movies' release that they cut a very important scene from the movie. The brothers said after the snap by Tony, he would've been transported to the place where Thanos met with young 'Gamora'. In this place, he would've met with his adult daughter, 'Morgan', played by the '13 Reasons Why' starlet, Katherine Langford, and there she forgives Tony for his decision to leave her and save the universe, so he can pass in peace. This scene was shot but was later cut from the movie because they wanted to streamline the movie and not take too many detours.

In our opinion, that scene should've made to the screen but we digress. Maybe they will finally put in the scene and also the tribute at the end of the movie will be for none other than Stan Lee himself. The original cut of the movie already had a Stan Lee tribute with the Marvel title being modified to show all the Marvel Stan Lee cameos, it was heartbreaking, but this will be a long tribute the creator of Marvel. 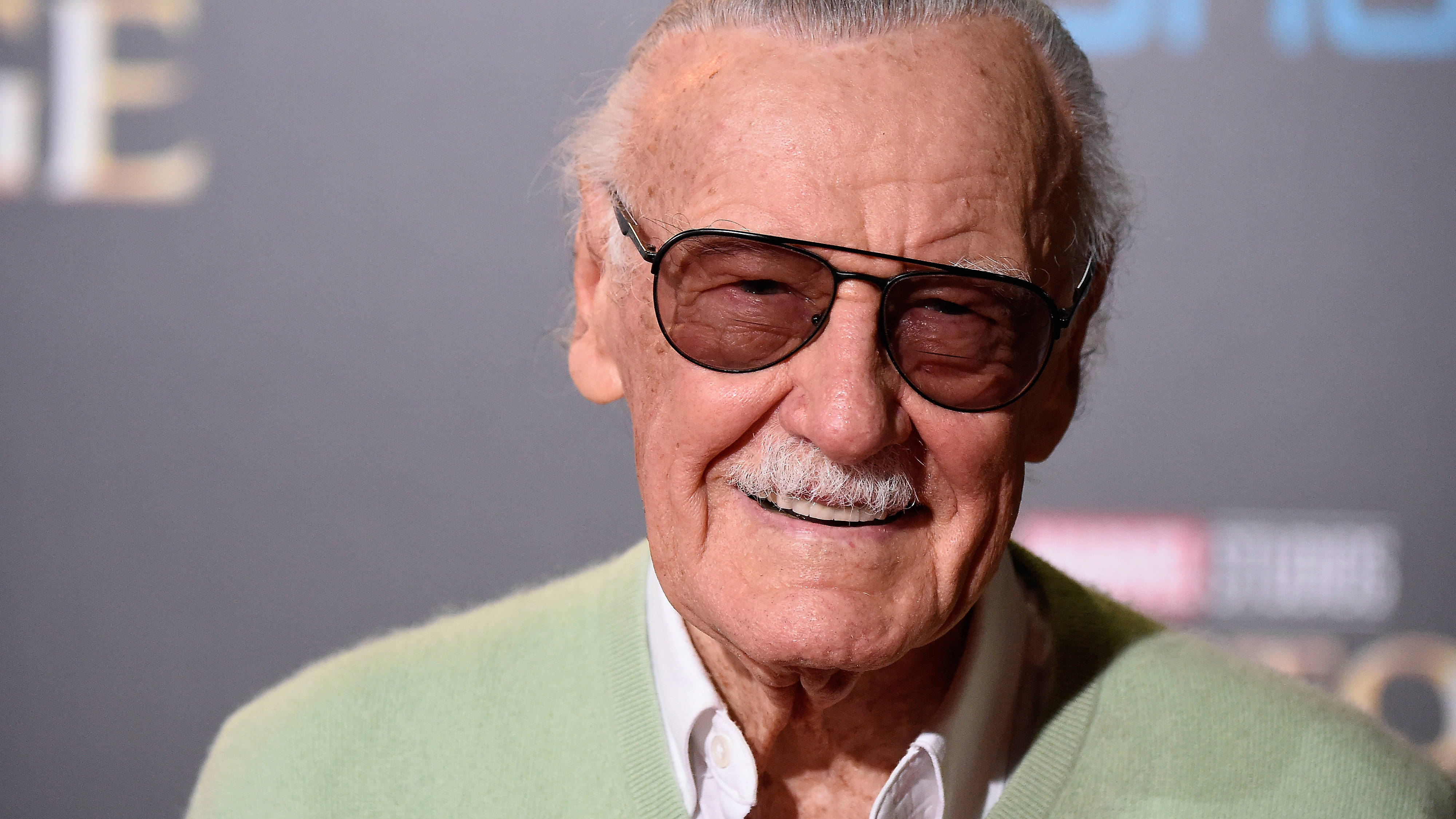 The new version of Endgame will have an extended tribute to Stan Lee.
SOURCE: PopBuzz

Marvel released a description of what the re-release is about;

After the events of Infinity War, the universe is in ruins. The Avengers assemble once more in order to undo Thanos' actions and restore order to the universe. Includes 7 minutes of bonus content & Stan Lee tribute.

So, fans who were clamoring for more than three hours of the movie, here is your chance, the new run time for the movie stands at 188 minutes. Also, here are some fan reactions on Twitter;

the box office next week after the new #AvengersEndgame cut is released pic.twitter.com/mY2KfVteLV

Kevin Feige: #AvengersEndgame is heading back to theaters with additional footage

#AvengersEndgame Assemble! If You Think I’m About To Take My Ass To Go See A 3Hour Movie All Over Again Just To Probably See Only 3mins Of New Footage, Then Your Absolutely Right,🍿🍿🍿 pic.twitter.com/b7N31HyluK

So #AvengersEndgame will have a new post credit scene next week?! You’re expecting me to go back to the movie theater to rewatch a 3 hour movie for a scene after the credits?!@Kevfeige, you’re damn right I’ll be at that movie theater next week to cry my eyes out again! pic.twitter.com/HZRKJfntRK

This may be a new 8 minute of footage for the fans but this is also a neat trick to get the movie over the hump when it comes to its box office battle with Avatar. Right now Endgame is at $2.743 billion and Avatar's all-time total is $2.788 billion, only 45 million shy of the top spot of the all-time box office champion. This version of the movie where intended or not (it is intended) will definitely help Marvel push Avengers over the hump. 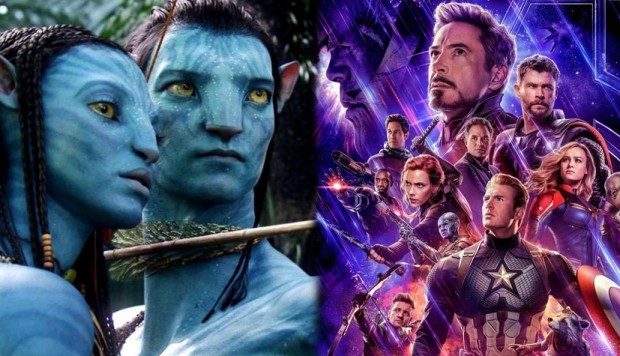 Endgame is in a battle with Avatar for all-time box office dominance.
SOURCE: Videos Poll

Also, 'Spiderman: Far From Home' releases on July 2, 2019, since Tony is Peter's role model we can't help but think, maybe they will tie 'Endgame' with 'Far from Home' to help the movie both, at the box office and from a storytelling perspective.

Whatever happens, we will be there 8 days from now to watch the new extended version of the film (and also defeat Avatar 'whatever it takes').