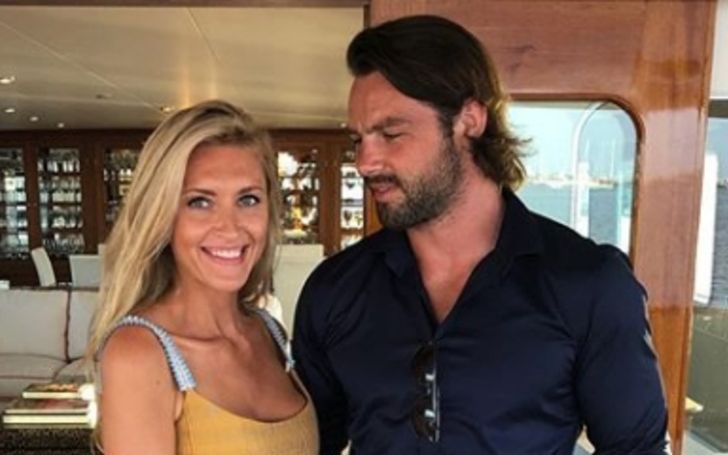 Celebrity X Factor star Ben Foden spills the beans and reveals he was 'high on drugs' during a two-day bender in New York in a leaked text pictured with his new wife, Jackie Belanoff Smith.

The former professional rugby player who shares two kids with his ex-wife Una Healy shared about his cocaine experience via a leaked WhatsApp text to his former girlfriend, Miriam Murphy.

Miriam, 40, who recently cut off her relation with Ben shared she had even seen Foden, 34, using other psychedelic drug, MDMA (methylenedioxymethamphetamine), smoking weed and wasn't looking forward to sobriety.

Murphy added that Ben was high on cocaine during their first date at London's Sushi Samba restaurant.

Similarly, Una, 40, accused him of repeatedly cheating on her, blew thousand on gambling and even shared that he gifted an £8,000 Rolex to his new wife, Jackie Smith.

Being such a reputed persona and star player of Rugby United New York, the star now booed for his shameless drug addiction, cheating and spoiling life of many ladies.

Miriam told The Sun on Sunday:

Ben is misogynistic and manipulative and desperate to be seen as a perfect, wholesome family man and professional rugby player.Coke is his London thing. His behavior is dangerous, and he shows no regard for those around him, least of all his children.

Well, we hope Ben shortly gets out of all his addiction or the addiction might leave him empty and bland. He just ended his 6-year marital relationship with Una Healy, broke up with caring girlfriend Miriam Murphy and just tied the knot with Jackie. We wonder how long will the relation last if Foden doesn't cut off his drug addiction.