Bernie McGee from "Seeking Sister Wife" Dies at 41; Cause of Death Revealed 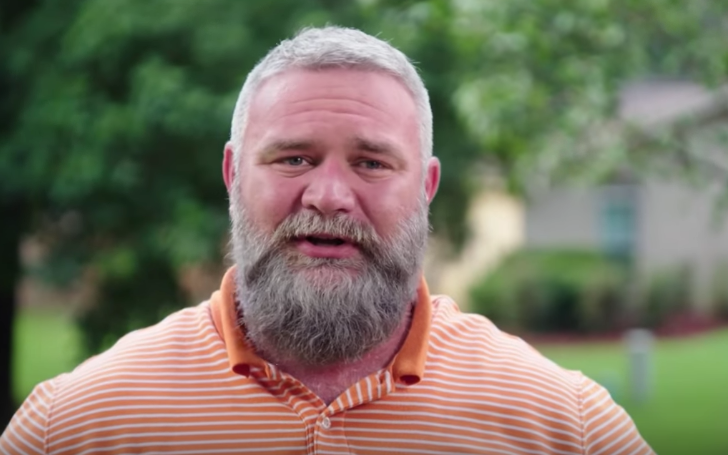 Bernie McGee, the 'Seeking Sister Wife' star tragically passed away at the age of 41 on June 15!

Bernie's wife, Paige McGee confirmed the news of his demise to TLC and the network while showing their deep condolence said in a statement,

"Our hearts go out to the McGee family following the loss of husband and father Bernie McGee. Our thoughts are with them during this difficult time."

Paige revealed her husband died of a heart attack whilst he was driving his bike. Apparently, he suffered a heat stroke and all of a sudden a heart attack as well which ultimately led to his death.

While Bernie was riding his bike, he called Paige and told her that he is not feeling well. After hearing him, she went to help him but unfortunately as soon as she reached the location EMS told her that Bernie is no more.

He was rushed to the nearest St. Dominic Hospital in Jackson, Mississippi, but sadly he had already passed away. Bernie left behind two sons, David and Scott, from Paige' past relationship whom he adopted after they tied the knot.

The couple was still recovering after their house caught fire destroying everything and now the death of Bernie has caused the family further affliction. The McGee family, in order to cope up with heavy financial burden, has set up a GoFundMe account.

During their time in the second installment of 'Seeking Sister Wives,' the pair was exploring more about polygamy in order to expand their family. The couple resorted to polygamy because Paige had miscarried and was not able to bear any more children.

The love birds initially revealed how they are in favor of finding four sister wives after they lost everything in the house fire which will definitely help them extend their family further.

"Our long-term goal is to be able to buy a little land, build a house (or) build a cabin. We're hoping that we find somebody else. We have her input on what kind of house to have. We are really fluid right now."

Bernie and Paige were unsuccessful in their pursuit of finding suitable wives!