home Entertainment Bill Burr's Relationship with Wife Nia Renee Hill - How Long Have They Been Married?

Bill Burr's Relationship with Wife Nia Renee Hill - How Long Have They Been Married? 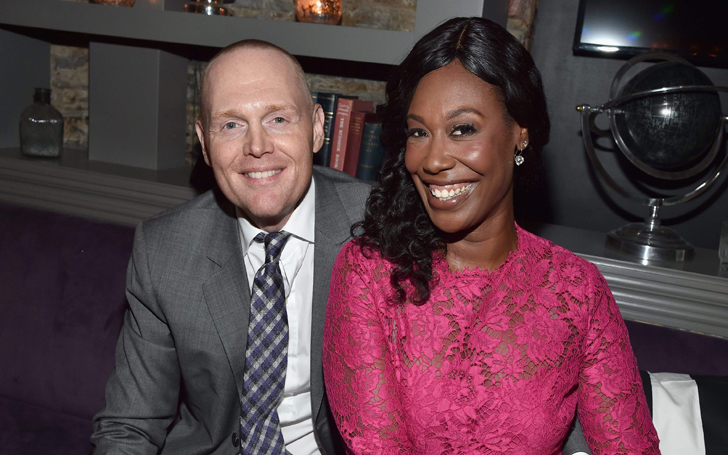 Bill Burr is a comedian who likes to push buttons and call people out on their BS; his whole career and comedic persona are about bringing ridiculous things people do in real life to the forefront and making fun of it. He is considered to be the heir of Louie CK, which was once a compliment, but now, the whole thing is muddled, so take it as you want to.

For years he ranted and raved about people being in love and in a relationship, and the biggest punching bag of his career were the happily married couples or married couples in general. From their decision to getting married to the men being domesticated and becoming yes men to their wives were the things which made Bill’s blood boil.

Nia Renee Hill is a comedian and an actress, and the two met on the job. The couple met when they were at a comedy show, and there was an instant connection between the two, which led to a long relationship, and the two moved in together in a Los Angeles home, which was the first step in the two, getting closer together.

Then after a while of living together, it was the right time for the two to get married, which resulted in the man proposing, and the duo shared their vows in 2013. The relationship was not much of a surprise, but the marriage was considering he always told guys to get girlfriends but never get married because of the skyrocketing divorce rates and the back-breaking alimony payments.

Out of all the trouble and turbulence he said would not be worth the time spent getting married, this beautiful woman was the one who made him throw everything out of the window and get settled. For most of the early part of his marriage, some of the jokes in his specials were of the man trying to get settled into married life, but as time passed, he also moved away from making fun of his wife.

This shows of the maturity installed into Bill by his wife, which is a far cry from the man he used to be only a decade ago. Bill also recently said in his special 'Paper Tiger' he is working on his anger because of his expanding family and not wanting to pass on the hereditary anger to the next generations of Burr. Only about six years of marriage and the Bill is already a changed man, all thanks to his wife.

The couple got married, which was not what Bill wanted to do a decade ago, and then Nia got pregnant, which was another thing he was against. In 2017 beautiful Lola was born to the couple, and since then, the love birds are even more together.

Lola is also the reason for the comedian changing his jokes in his new special because he did not want to hurt her. The comedian said the biggest happiness of his life was holding his daughter, and we believe the man. He is almost always talking about how smart she is and how much her presence meant to his life.

For a person who preached non-marriage all his life, this change is a welcome one, and Nia and his daughter are the reason for it all.

For more news and gossip on your favorite celebrities head on over to our Entertainment section and also do not forget to visit Glamour Fame to be in the know about everything in the world of show business.