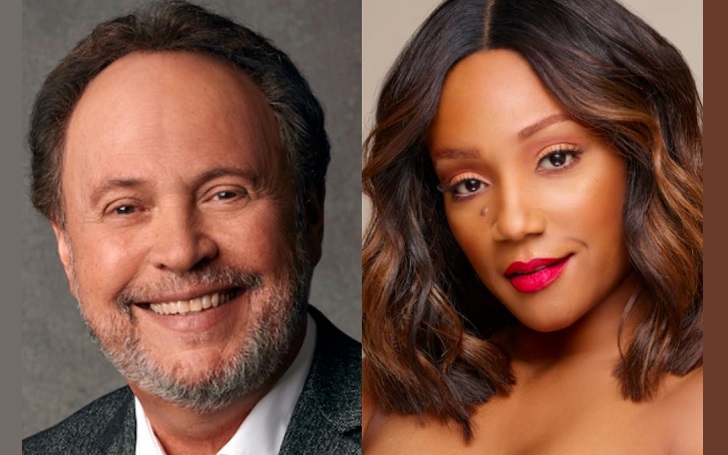 SNL alum Billy Crystal will co-star alongside Tiffany Haddish in the new independent short movie 'Here Today' that he will direct.

Astute Films will feature the movie billed as a May/September comedy, and the production begins in October in New York. It is based on Zweibel's short story 'The Prize' and follows Crystal as a veteran comedy writer who is slowly but surely losing his grip on reality. He forms an unlikely friendship with a talented young New York street singer 'Emma Paige', played by Haddish. Their closeness is depicted as hilarious and touching as they kick generation gaps aside and redefines the meaning of love and trust.

Astute Films will be handling the productions from October.
Source: Astute Films

Crystal, Haddish and Zweibel will produce it alongside Fred Bernstein and Dominique Telson. The executive producers include Rick Jackson, Claudine Marrotte and Samantha Sprecher. It will give Crystal his eighth direction credit and third on a feature film, and his Face Productions and Big Head Productions will be in association with the Astute Films. Meanwhile, 'Rocket Science' will be handling international sales during TIFF, and CAA handles US rights.

Crystal's previous feature film directions include 'Mr. Saturday Night' and 'Forget Paris' in which he also starred. His direction for HBO film '61' in 2001 earned him an Emmy and Director's Guild Nomination as Best Director for a film made for television. Zweibel, on the other hand, published his original short story 'The Prize' in his eBook 'From the Bottom Drawer of: Alan Zweibel' in 2011. 'Here Today' represents the second collaboration of the two, after the Tony award-winning and Emmy nominated HBO special 'Billy Crystal: 700 Sundays' in 2014.

It will be the second time Crystal and Zweibel collaborate.
Source: Manny Carabel, Getty Images

Astute Films' President, Fred Bernstein, made the announcement this Wednesday, September 4. "Billy and Tiffany share an incredible ability to bring warmth and intelligence to their humor. Astute is thrilled to bring such iconic comedic talents together onto one screen. Their timeless humor will bring genuine laughter to a film that will resonate with audiences worldwide, and bridge the gaps among all age groups."

On bringing this story into the screen, Crystal said, "I'm so grateful to get the chance to bring this charming and beautiful story to life. To write this with Alan was a joy, and to have Tiffany as my co-star is fantastic. The generational differences in our comedy will be great to play with. She’s explosively funny and genuinely human at the same time. Excited to explore all our possibilities together."

Both Crystal and Haddish record a long list in their respective filmography. Numerous credits of Crystal include $90 million box office hit from 1989 'When Harry Met Sally...', 'City Slickers', 'The Princess Bride', 'Analyze This' and Pixar's 'Monsters, Inc.' and its sequel. Meanwhile, Haddish starred in her $140.6 million box office hit 'Girls Trip', ' Night School', 'The Lego Movie 2' and voice character in 'The Secret Life of Pets 2'.

Crystal is represented by CAA, David Steinberg Entertainment and Sol Rosenthal. Haddish is repped by UTA, Artists First and Ziffren, and Zweibel by Paradigm.