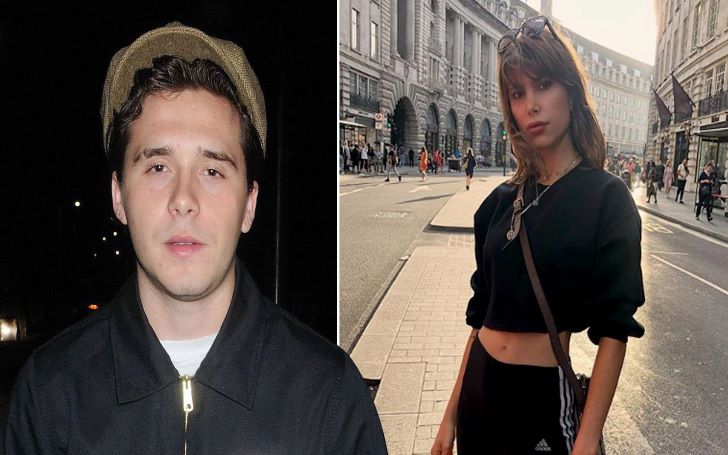 After splitting from nine months girlfriend Hana Cross, Brooklyn Beckham is dating actress Phoebe Torrance who is said to be a lookalike of his mother, Victoria Beckham.

As per the source, Beckham is teased by his friends over how similar his 'Spice Girl' mum and his new girlfriend looks. What's more, she actually did a few jobs as a Victoria lookalike in her early modeling days.

The rumors about their fling started after the pair were spotted cozying up in the VIP area at the launch party of London's The Wellington Restaurant & Club last month. What's more, they were glued to one another all night.

The budding photographer is dating the actress for a few months now. Furthermore, the daughter of ex-professional golfer Sam Torrance is also on good terms with the Beckham family and even follows Brooklyn's little brother Romeo on Instagram.

Torrance is famous for her role as 'Amber Ross' in horror movie, 'Mandy the Doll'. Likewise, she also featured in boxing drama Six Rounds and a single episode of Friday Night Dinner as 'Mandy The Waitress'.

Phoebe is also a model and quite popular on her Instagram with 38.3K followers. Her Instagram is full of glowing good looks, with her posing in a variety of racy shots.

Meanwhile, Beckham recently ended his romantic fling with a model girlfriend this summer. Moreover, the former couple even faced a highly profiled argument before their wedding.

Torrance is the latest celebrity to have a fling with David Beckham's eldest son after actress Chloe Grace Moretz and Playboy model Lexi Wood.