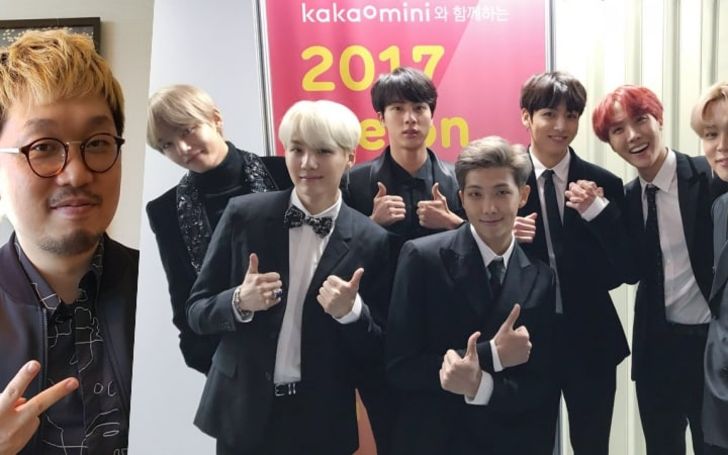 Pdogg, real name Kang Hyo-won, known for his long-running collaboration with famous K-pop boyband BTS claimed the award for the highest earnings from song royalties in 2018.

Involved with the Big Hit Entertainment as the company's producer, Pdogg won both Awards in the popular music category of the 'Best composer' and 'Lyricist'.

Pdogg collected his massive sum of earning from composing and mixing multiple hit songs for the group including 'Idol.', 'DNA' and 'Fake Love'. 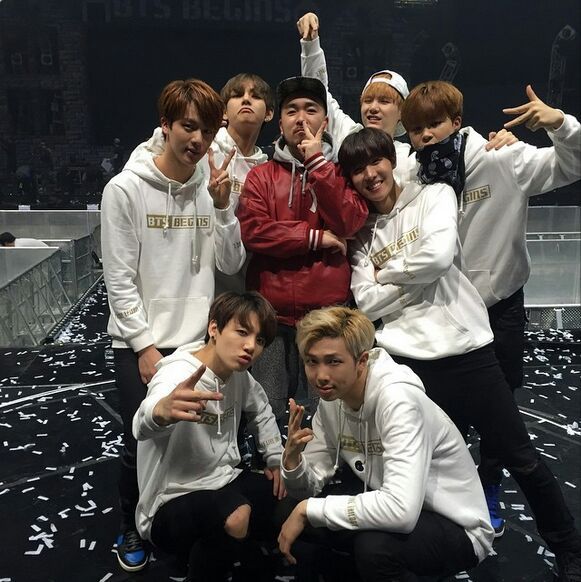 BTS poses for a picture with producer Pdogg
SOURCE: aminoapps

BTS's hit 'Fake Love' towered on the Billboard Hot 100 securing its spot at No. 10. Another hit single 'Idol' reached Number 11.

The third studio album by the group 'Love Yourself: Tear' released in May 2018, that too produced by Pdogg reached the Billboard 200 albums chart and even received its nomination in the Grammy 2019 for the Best Recording Package category.

Moreover, Bolbbalgan4' producer Vanilla Man is selected as the recipient for the highest earning in the Music Arrangement category.

Don't miss: Oscars Reverses Course: All Awards Set To Be Presented During Telecast

The Awards for the recipients of the Royalties Award were announced by the Korea Music Copyright Association (KOMCA), a non-profit copyright collective Awards for Korean musician's achievements which honor artists with the highest revenue.

The head of the organization, Hong Jin Young says:

"We hold these awards to not only celebrate the musicians who have captured the hearts of the people, but to also provide more motivation to the many musicians out there who are creating music."

The Awards show was founded in 1964 and its 2019 ceremony kicks off on 19th February, as per allkpop.

See more: Daniel Radcliffe Reveals He Met His girlfriend Erin Darke When They Filmed A Sex Scene Together

Congratulations to all the 2018 winners!