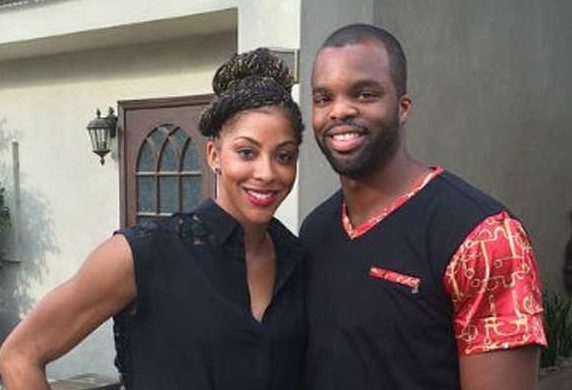 Everything You Should Know About Candace Parker's Married Life And Divorce: All The Details Here!

Sports fanatics should be well aware of her, but for those who aren't into sports, Candace Nicole Parker is a professional basketball player for the Chicago Sky of the Women's National Basketball Association (WNBA).

Born on April 19, 1986, to Sara and Larry Parker, Candace grew up in Naperville, Illinois, with her two older brothers, a former NBA player Anthony Parker and Marcus Parker, a doctor.

Candace was the first player to win the "Rookie of the year" and WNBA's most valuable player the same season. Continue reading to uncover Parker's infamous marital dramas and her accomplishments in the sports world.

The 34 years old WNBA champion has always maintained a reclusive and low-key public character and continues to do so. But a few years back, her personal life had come into the limelight and had created much ruckus for her family.

Candace married her boyfriend of few months, Shelden Williams, on November 13, 2008, who was also a professional basketball player who had played for the NBA for a while. The couple was living a happy and lowkey life.

They gave birth to a daughter named Laila Nicole Williams on May 13, 2009, and even reportedly purchased a posh  7,000- square- foot home in Encino, Los Angeles, for $3.56 million, but soon things sort of blew off.

Shelden filed for divorce in 2016, citing irreconcilable differences in the divorce document. The couple was suffering scuffles for a long time, it seems, as they had reportedly parted ways months before their official divorce.

Candace Parker had to $400,000 as one-time alimony to her ex-husband Shelden Williams.
Photo Source: LAtimes

The divorce was finalized in November 2016, and it was put to rest with Parker paying her ex-husband $400,000 as a one-time alimony payment, given that Candace was an active player and Shelden hadn't appeared in any game for a while. The two also settled in with joint custody of their daughter.

The media and the public were divided on the case; some opined the alimony should have been more considering Parker's stature, whereas many sympathized with Candace.

Recommended: Brittany Furlan Net Worth And Income Details - All The Details!

But for Parker and Shelden, what's done was done; they sold their million dollars home in Los Angeles and distributed the profits among themselves, sleekly bringing closure to their once-perfect marriage.

Parker's journey towards the sports world had begun in her college years, where she covered a number of milestones. She was hailed the fastest player in Lady vol history and was named 2007 player of the year in the Summer League game.

Candace Parker is the only player to win MVP and rookie of the year in the same season.
Photo Source: Youtube

Often hailed a legend among women athletes around the world, Parker is the only player in the league history to win MVP and rookie of the year in the same season in 2008. She has also won pair of Olympic gold medals as a member of Team USA.

She played 13 seasons in Los Angeles for the Sparks and recently signed to play for the Chicago Sky.

The 34 years old champion and a mother told in her recent interview that her daughter is the top priority to her and basketball comes next. Parker, since her infamous divorce, hasn't dated anyone as per sources. She is homeschooling her 12 years old daughter and managing her arduous job as well.