Who is Candice Van Der Merwe? She was Gifted $16 Million by Lebanese Prime Minister Saad Hariri! 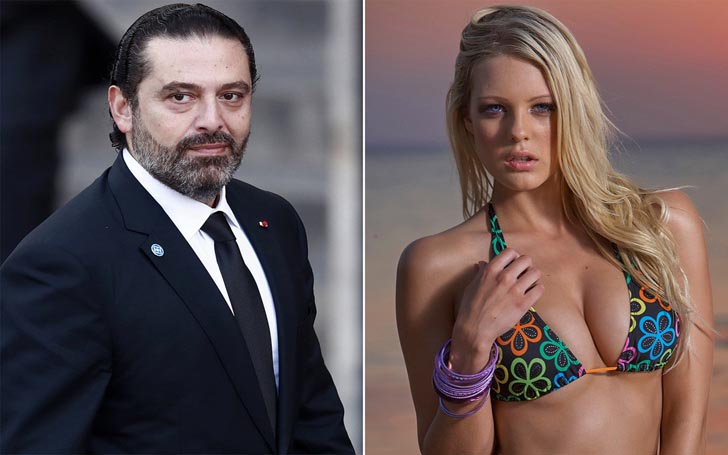 The model who received a $16 million gift from the Prime Minister of Lebanon.

Candice Van Der Merwe is a model and an Instagram celebrity who made her career doing photoshoots and promoting parties all over the world. She is also a daughter of South African businessman Gary van der Merwe who owned a helicopter business in Cape Town. The model grew up in excess with her father providing for everything and making sure all of her needs are met.

But in 2004 he was arrested for selling fraudulent shares to two companies one located in South Africa with Wellness International Network and a company located in Mauritius called World On-Line. The arrest caused the freezing of all of his assets and he was said to be without any property to his name. The tax authority was looking for an R290 million in unpaid taxes and fines.

This caused the model to work and started working for Ice Models which contracted her to travel to Plantation Club on Mahe Island in Seychelles, the playboy mansion of the Middle East and this was the place where she met a secret admirer who gifted her numerous things over the year and even bought her cars which cost over $2 million.

The Secret Admirer, Saad Hariri, the Prime Minister of Lebanon

The Prime Minister of Lebanon provided the model, Candice, with over $15 million in money and assets and the Instagram celebrity who never earned more than $6,000 a year was all of a sudden the owner of over $15 million fortune.

Source: The Times of Israel

The model was brought up on charges by the government of South Africa who said the money she received was taxable but she claimed the entire amount she received was a gift from a secret admirer.

In the court, the model said she was in Seychelles when she met the admirer who was named in court but was redacted in court documents. Later it was revealed to be the person was the Prime Minister of Lebanon.

Saad is a rich man, according to Forbes, the Prime Minister of Lebanon boasts over $1.5 billion net worth and he gifted the model while he was not in office but was still the leader of his party. There were no laws broken on his or her side and corruption was also not a factor considering the married used his own funds to gift the model.

Candice is now a rich model on Instagram while the company of Saad is going defunct and he is facing the most outcries he’s ever faced in his regime. Just a thought, but giving $15 million to a model while being married and your country in economic trouble is not a right look for anyone in the world.

Candice and Her Fiance

The model is now happily engaged to her fiancé with the couple going all over the world and enjoying their time together. The two recently got engaged and seem to be living a lavish life while hoping from planes to planes and always on the run to another beautiful destination.

Before you leave, make sure to check out our Entertainment section for more news and updates and also, do not forget to visit Glamour Fame to get all the latest information on your favorite celebrities.