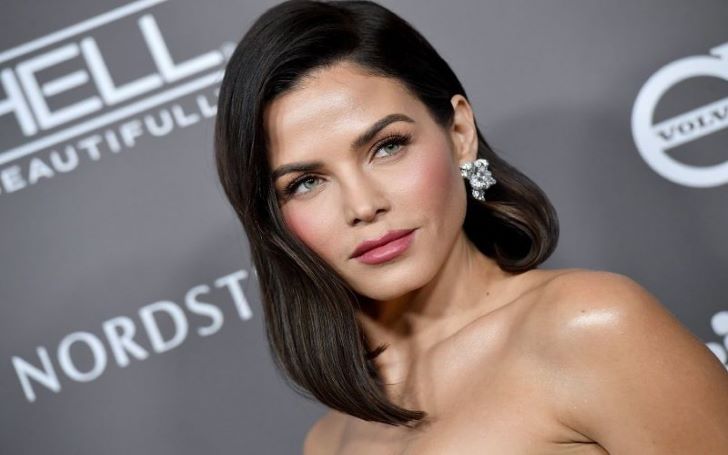 Jenna Dewan finally spilled the tea about her relationship with her former husband, Channing Tatum, in her new book 'Gracefully You: Finding Beauty and Balance.'

Dewan revealed her real thoughts on why things didn't work with Channing and what she thinks of his new beau, Jessie J.

Moreover, the dancer even admitted they decided to split under mutual understanding due to their differences and also said,

I'd come to realize the dynamic I was in wasn't serving me, nor was it serving my daughter. First and foremost, I had to accept the realization this wasn't working and had moved into hurting.

The 38-year-old also shared that she came to know about Channing's relationship with British songstress through the Internet while she was on a plane.

She further added she felt "blindsided" when Tatum didn't give her a heads up before news broke online that he was dating the singer.

Well, this is the first time the actress spoke why her marriage fell apart before announcing they had separated in April 2018.

They announced their separation in a joint statement in April 2018, and Jenna filed for divorce six months later, asking for joint legal and physical custody of their six-year-old daughter, Everly Tatum in addition to spousal support.

Tatum had been romantically involved with the 'Pricetag' hitmaker since then, and there are rumors the two are even discussing marriage.

Likewise, the lovebirds shared their blossoming relationship on Instagram and even often spotted vacationing together.

Meanwhile, Dewan also moved on in her life and is expecting her first child with actor Steve Kazee due spring 2020. The pair are head over heels in love for over a year and share a quite strong bond.