Tik-Tok Star Charli D'Amelio Scandal - What's Up with That? 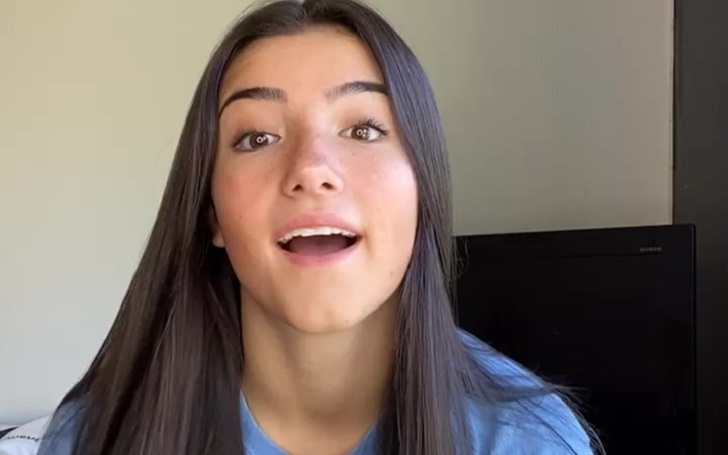 It's not even a scandal, the fans and others contest.

Charli D'Amelio jumped from 100,000 followers on TikTok towards the end of August to, wow, 14.6 million followers at the time of writing. It was 12 million just last week. She's every boy's TikTok crush, and they waited for hours to see her at the meet and greet last November. She charged $100 per person for a TikTok video with her and donated the income to charity, 'Carnival for a Cause', with a certain amount for security.

Somebody on the internet got a hold of some leaked pictures of the 15-year-old like they were even that serious. It's been the reason for so many YouTube videos, you would hate the guts of the person leaking the so-called inappropriate pictures. If you consider a 15-year-old girl in a bathing suit is inappropriate. Anyone will wear that literally every time they go to the beach.

Charli D'Amelio Denied the Girl in the Picture Was Her, Not That She Had To

It's not strange for her to wear a bathing suit. Heck, even taking pictures isn't that big a deal. The rumor is she sent it to a boyfriend or something and when someone else got a hold of it sent it bouncing off on social media. They even put the 'Censored' tag on those photos, as if there was any need to.

D'Amelio's face wasn't visible on the pictures without the censorship either; people couldn't say it was her anyway. That is if the hoodie in the picture wasn't the exact same one she wore in her TikTok videos. The phone case is also similar to the one she has. Since then, 'Charli Leaked' was one of the biggest trends on Twitter. Come on, people.

The hoodie is not the first of its kind, but it's quite possibly her (not the leaked photo).
Source: Charli D'Amelio, TikTok

While there is no need to deny it was her (because let's face it, the situation is not nearly controversial as what other girls around her age does), she went out in the comments section to straight out deny that's her. "That's not me but go off," she wrote.

Some believe she should just say it's her, and some know it'd be weird for her to say, "That's me". There are mixed responses. But you can hardly call that a scandal.

Sister Dixie D'Amelio Responded to Her Own Pictures; Their Dad Also Weighed In

Along with Charli, her older sister Dixie D'Amelio also had her pictures released. In her case, the face was clearly seen. Some then began to suspect the earlier pictures were also of Dixie wearing her sister's hoodie.

Dixie is 18 and crossed two million followers on TikTok last week. When all of the hyped-up scandal (not really) was going on, she made a video on the platform about how she doesn't care about it.

It seems their father, Marc D'Amelio are in complete support of their life in TikTok and is attempting to enter the spotlight with tweets over tweets about how he will not let those accusations ruin their family happiness at Christmas or the new years.

"Dads support their daughters. There is not one thing either of my daughters have ever done to disappoint me," he tweeted. "They may rattle the internet but my love, support and dedication does not waiver."

All of them have appeared in a TikTok video together.
Source: Marc D'Amelio, Twitter

There's been immense support from the general public for him. But it didn't make sense to some that if she's claiming the girl in the picture to not be her, why was there a reason for her dad to try and sue the people who leaked the photos? Yeah, he really did attempt it.

The sisters also made a video together on the platform again to justify they're good girls. Yes, with a simple dance routine, of course. Just standing there and joining their hands into a 'Namaste'. There's nothing to dig too much into their titled scandals here.

Furthermore, she has no clue why she's famous in the first place. She doesn't understand the hype.

Here's everything you need to about Charli D'Amelio. The facts.

In one of those rehashed videos, the user pointed out Danielle Cohn does much worse things than anyone. Of course, her Instagram feed is full of swimsuit costumes and showing off PDA moments with new boyfriend, Ethan Fair. All those fake videos should at least enrage you a little bit. There's literally a photo of her soapy in a bathtub wearing an extra small suit with her boyfriend while clicking the mirror selfie.

There's that response from her father too, regarding her age. There's a (many?) scandal. But the message here is not to make stories of bashing these TikTok stars and ruin their lives. Some advice would be nice.

Stay tuned and connected to GlamourFame for more intriguing content.