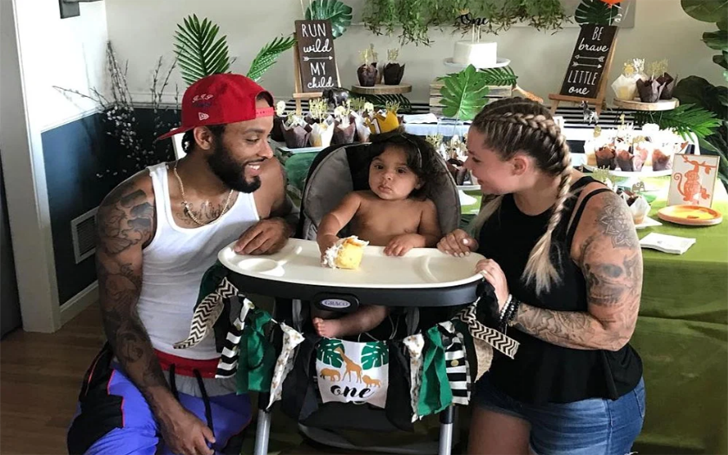 Chris Lopez is not too keen on allowing his son Lux to appear on the show Teen Mom 2.

Chris Lopez, the father of the third child of Kailyn, Lux, is uncomfortable about letting his son be filmed on 'Teen Mom 2.' The life of a reality TV series is particularly invasive, and the whole premise of 'Teen Mom' is the lives of new, young mothers and their struggle to navigate motherhood and relationships and also work.

Chris was with Kailyn for a while, and their short relationship resulted in the couple welcoming their first son Lux, and then the separation happened, and now Chris is not really keen on letting his son on screen for all to see. The biggest concern for Kailyn’s third baby daddy was the fact they were getting noticed while the father and son were just walking around and he seems uncomfortable with the people recognizing them on the street.

According to Chris, all the attention was bothering the little kid, and Kailyn was adamant; she was going to allow the filming of her youngest child but also be respectful of Chris’ wishes. According to reports Kailyn received a text from Chris who said not to allow Lux to be filmed on the show.

The reality star said, “Chris does not want the baby to be filmed, and he’s coming to get the baby and will bring the baby back when it’s done. I’m pretty sure it’s about people recognizing the baby out in public — it bothers him. I don’t know. It’s a battle I’m not choosing.”

Kailyn wants to allow the filming, and she took the prerogative to allow as such while also respecting the wishes of the dad. She said, Lux will not be filmed on the day he wants it not to be, and it will be made possible when the dad gives his go-ahead.

The reason for Kailyn wanting to allow the filming of his youngest son is she wants the world to know she is proud of all of her children and show off all of her kids to the world. The episode caused quite a ruckus for the fans of the show who were not thrilled by the idea of Chris trying to block the appearance of his son on the show.

Chris is the beloved member of the family with all of the kids of Kailyn loving the man, and she is always amazed by her children being fond of Chris. She is confused, and most fans are still accusing her of trying to get together with Chris.

Kailyn is still going to allow the kids to appear on the show which means the face of Lux won’t be blurred out like they do with Chris’ face and it is also understandable why he wants less appearance by his small kid to appear in the show.

If you want to know more about Teen Mom and all the happenings of the show, then head on over to Entertainment section. Also, make sure to check-out Glamour Fame to get all the collection of stories from our staff writers.