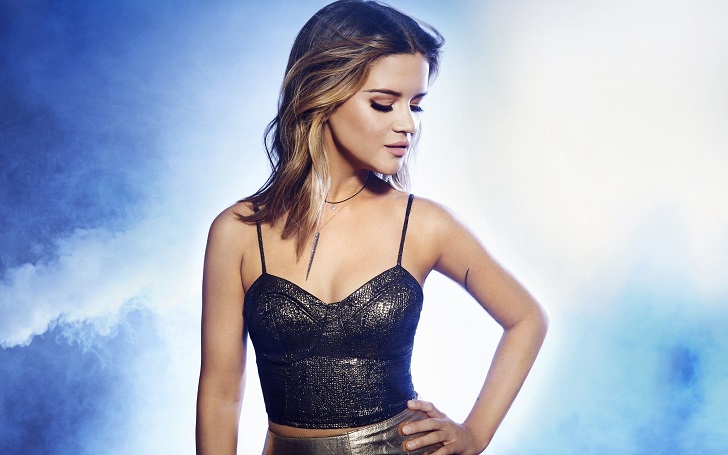 'Girl' singer, Maren Morris, is welcoming her first child into this world, and she is well excited about it. She shared the excitement with an adorable picture of her and her husband, Ryan Hurd, on Instagram.

While revealing the baby is going to be a boy, the country singer captioned the photo, "The irony is just too rich that after a year of living in the "GIRL" headspace, the universe would give us a baby boy to even things out. See you in 2020, little one. 👶🏻"

Maren is just too excited for the first baby.
Source: Maren Morris, Instagram

The baby is due around March 2020, as revealed by the 'Love in a War' singer on Twitter as well.

Several of her celebrities were quick to congratulate the couple, Taylor Swift's "CONGRATULATIONS GUYS! 💗" being the highlighted comment on Maren's post. Fellow country singers Michelle Branch, Raelynn, Lindsay Ell, and many others pitched with their congratulations, expressing their surprise and excitement.

The news comes less than a year after Maren had literally announced she was going to have Ryan's baby. Of course, it was said as a show of her affection towards him, but we didn't think the baby would come this quick. They were in Paris for their holiday at the time.

The 28-year-old tied the knot with her 32-year-old husband on March 24, 2018, at the Cordelle in Nashville, Tennessee. They were engaged in July 2017 after being together since December 2015 and were friends for over four years until then.

Married life is certainly treating her well since, according to her, Ryan is very much a feminist and has always been accepting of her acts, even when she stripped down for 'Playboy'. "My husband is very much a feminist, and I've never really done anything that's freaked him out. He has always been accepting. Even with Playboy, he was like, 'That's really hot.'," she stated.

The singer further gushed at how it's "awesome" to be with someone a lot like herself and not trying to make her feel like a "skank" for being proud of her body.

That's nice — all the best wishes for the happy couple in the future.

Stay tuned and connected to GlamourFame for more Entertainment news regarding your favorite celebrities.