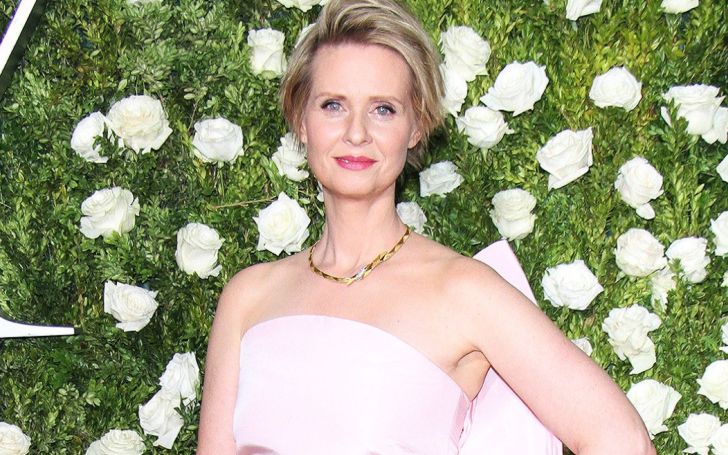 A proud parent! Sex and the City star Cynthia Nixon is a mother of three children and last year, her eldest child, Samuel Joseph Mozes came out as a transgender. And recently, during the premiere of Stray Dolls, she revealed she is proud of him.

On Monday, April 29, she attended the premiere at Tribeca Film Festival and she told US Weekly, “I’m very proud of him.'

“It’s one of those things. I felt really weird using the other pronoun in public, but people didn’t know yet. … He was good with it, and it was really nice, actually, when we announced it. There was some general, you know, voicings of support but generally it was not a big deal.”

For the actress, it was quite a bit of surprise as to how far society has advanced. She said, "I was kind of shocked at what a non-event it was, which is just how far we’ve come in such a short amount of time.”

I’m so proud of my son Samuel Joseph Mozes (called Seph) who graduated college this month. I salute him and everyone else marking today’s #TransDayofAction. #TDOA

The actress turned politician revealed that her eldest son is a transgender back in 2018 when she posted a photo from his graduation day. She wrote, “I’m so proud of my son Samuel Joseph Mozes (called Seph) who graduated college this month."

Her son couldn't have asked for a better mother because it is at this time when the true support from your loved ones really matters a lot.

Cynthia herself is a lesbian and is currently married to her wife, Activist Christine Marinoni since 2012. Previously she was married to Danny Mozes from 1988 to 2003 and former husband and wife share three kids between them.