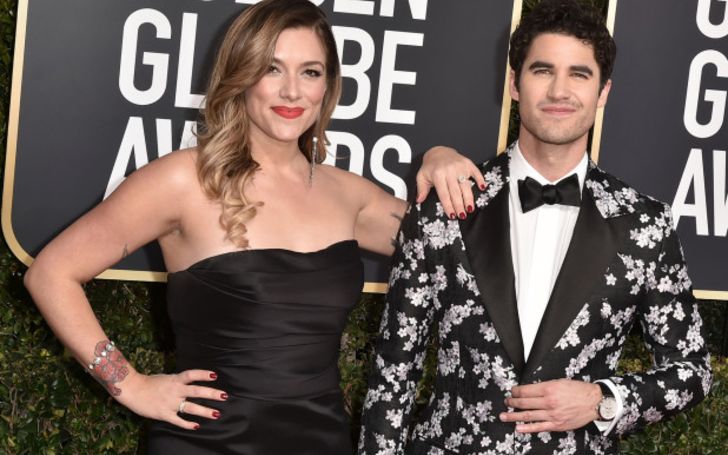 The good news of their marriage comes after a year of their engagement. Criss first revealed their engagement through an Instagram post on January 19, 2018, where he announced he's finally engaged to his girlfriend Mia after 7 and half years of dating. 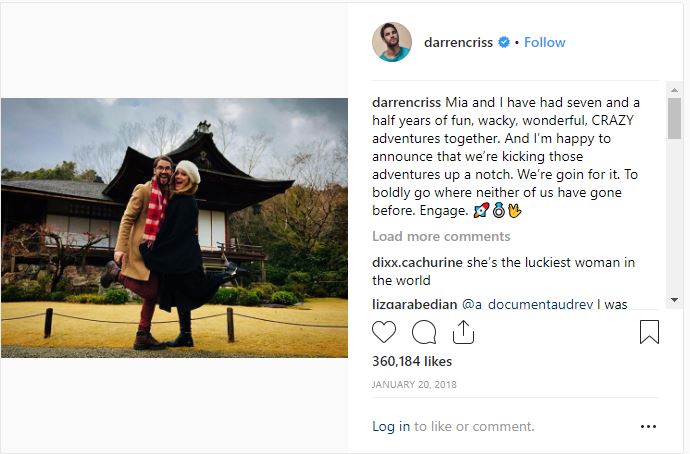 Addressing the engagement during his interview with Esquire, the actor confirms it was a long time coming and they waited for a while before making their engagement public.

“It was a long time coming. We’d waited a while before we announced it. I had a whole thing written, like, ‘Usually I don’t like talking about my private life...’ which I really don’t—I was really allergic to it for a while. Eventually, I got over myself and realized that it’s just the best way to let people know.”

While Criss is widely known for his role of Andrew Cunanan, the social-climbing narcissist turned serial killer in The Assassination of Gianni Versace: American Crime Story, his now wife Mia has also worked for Fox and Showtime. She furthermore, attended New York University’s Steinhardt School of Media Studies and Television Production.

Also see: Daniel Radcliffe Reveals He Met His girlfriend Erin Darke When They Filmed A Sex Scene Together

Recently, Criss's portrayal of Andrew Cunanan earned him a slew of awards which includes an Emmy and a Golden Globe Awards, where he created history, being the first ever Filipino-American to win the award.

While receiving the Golden Globe title the actor gave a short reception speech where he thanked Mia for her " undying love and patience."

Weeks later, Criss also bagged another trophy at the Screen Actor’s Guild Awards for his role in the FX show.

The actor is widely known to a lot of fans for his five seasons on the wildly popular musical series Glee, from 2010 to 2015.