home Entertainment David Chase Net Worth - How Much Did He Make From HBO Drama The Sopranos?

David Chase Net Worth - How Much Did He Make From HBO Drama The Sopranos? 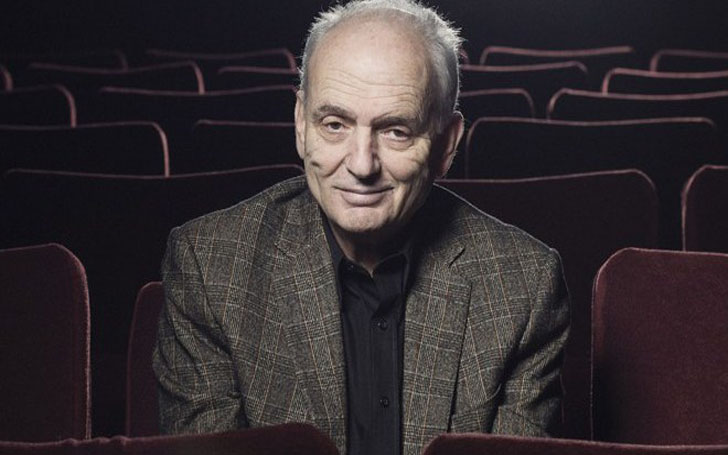 If you were someone who owned an HBO subscription in early 2000, then you probably know who David Chase is. But for most people, the name is not so familiar because David was famous before the turn of the century and the people who watched 'The Sopranos' are not going crazy about the series on Twitter or other social media every day.

Before the premium cable channel was host to dragons and pleasure robots, HBO was the place where two of the greatest shows ever created aired, The Wire and The Sopranos. The latter was created and executive produced by David Chase, the Edgar Award-winning mystery writer who channeled his youth and the research about the Italian mob in Jersey and created in our opinion the greatest series on earth. James Gandolfini is given most of the credits when it comes to his portrayal of 'Tony Soprano' but the man behind the scene, David Chase, who wrote 30 scripts for the show alone along with editing and finalizing all the other scripts by other writers, should be given the credit he deserves.

David also directed and wrote the first and final episode of the series so the man practically did everything possible on The Sopranos and he was also paid handsomely for his work. The bulk of David’s net worth comes from The Sopranos so take a look at how much money he made from the series.

HBO is not known for producing over elongated seasons on their channel; they produce just the right amount needed to tell the story which needs to be told. No matter how much successful the series is, HBO is not going to make 24 episodes in a season. The Sopranos was the same, in six seasons only 86 episodes were produced. There were 13 episodes for each of the five-season and 21 episodes in the final season which was distributed into two parts airing in 2006 and 2007.

David Chase and most of the other actors and actresses were working on small salaries which were increased exponentially after the first season was a hit. In the first three seasons of The Sopranos, David made over $15 million which was a massive number at the time for a show’s creator but considering all the work he did behind the scene; it was well deserved.

There are no records showing David’s earnings for season four but when James Gandolfini filed a lawsuit against HBO because he found out David was given $20 million for the fifth season of the show according to Variety. James was angry, he was not notified about the change in salary which caused his contract with the company void, and he doesn’t need to appear in the fifth season of the series.

Just consider this for a second, a creator of a show was given $20 million in 2003; just imagine how successful The Sopranos was and how much money they were making. The dispute between James and HBO was resolved after his $400,000 per episode pay was bumped up to $1 million per episode for the final two seasons which made the actor particularly happy.

David Chase received a similar amount for the final season plus he negotiated for the syndication rights of the show which pushed his earnings from the show well past $50 million. The Sopranos is still in syndication in many parts of the world which works nicely for the creator and the actors involved who still get royalties from the show. Most of the actors from the show were unknown then, and now they are rich and recognized just because of one series, shows the impact of the behemoth David Chase created.

The Writer’s Total Net Worth

Calculating his earnings from the hit show and the money he made after his time in The Sopranos was over; the net worth for David Chase currently stands at about $85-90 million. The man is not slowing down though, for over a decade David hesitated to go back to The Sopranos and tell more stories from the show but now finally the writer’s script for a prequel to the show is coming to the big screen via New Line Cinema. The movie is going to be a hit, and even if it is not, the deal with Amazon for The Sopranos and the money he is receiving from the movie is going to push the writer’s net worth well past $90 million.

David created the greatest show on earth, according to Rolling Stone, and the finale of the show is to this date of the most dissected, lauded, criticized and celebrated finales in TV history. If you ask David to talk about the finale of the series, he will tell you, “I have no interest in explaining, defending, reinterpreting, or adding to what is there.” Still, it is one of the most controversial endings in the history of television, well at least there were people on both sides with good arguments for the show, which cannot be said for another latest HBO production (cough Game of Thrones season 8 cough).