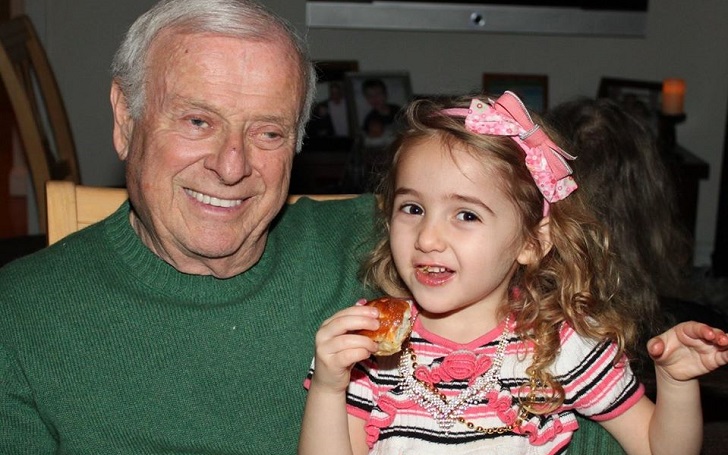 Child Broadway actress Laurel Griggs has passed away at the age of 13, and her grandfather, David Rivlin, is left extremely heartbroken.

Everyone in the Broadway world is crying their eyes out after young actress, Laurel Griggs passed away on Tuesday, November 5. She was a 13-year-old up-and-coming Broadway star best known for her star role of 'Ivanka' in the Tony Award-winning musical 'Once'. The funeral was held on Friday.

Condolences are flooding in for the star and her family as everyone who knew her are in deep grief. But no one is more devastated than her own family members. Among the many grievers is her grandfather, David Rivlin.

Rivlin announced the incident on November 6 on his Facebook page, first stating she is now with the angels. He also revealed that the cause of death was a "massive asthma attack".

He regularly posts various items on his page, and since his precious granddaughter's passing, he's been thanking various people and publication for their words of comfort. He is also extremely interactive towards the queries in the comment section as well. He hasn't stopped praising his little angel.

The world lost a real princess who only wanted to make the future happy for all. Acting was just a childhood dream come true and she had big plans for the future.

Speaking of which, consolation for the family and dedications to little Laurel have been pouring in. Fellow 'Once' actress Eliza Holland Madore posted a dedication on her Instagram page, pointing out how she always was smiling and made everyone smile as well.

"You will never be forgotten, and we will never stop loving you."
Source: Eliza Holland Madore, Instagram

Laurel was doing her homework assignment on Tuesday night when she felt uneasy and called out for her father about not feeling so well. She was born with asthma and was in need of medication from an early age. Her parents, Andy Griggs and Elizabeth Griggs, knew something was very bad.

Parents Andy and Elizabeth Griggs remember their daughter at a gathering on Sunday.
Source: John Roca

Knowing the condition, they immediately called 911 and rushed her to Mount Sinai Hospital. The cops tried CPR to revive her, and four hours after attempts of saving her, she succumbed to her illness.

Laurel started her career at the age of six beside Scarlett Johansson in the musical 'Cat on a Hot Tin Roof' and later spent 17 months with the 'Once' musical crew in 2013 and 2014. She will be eternally alive through all her companions and family members.