home Entertainment Denise Milani and Husband Jerry Trlica - Are They Still Together?

Denise Milani and Husband Jerry Trlica - Are They Still Together? 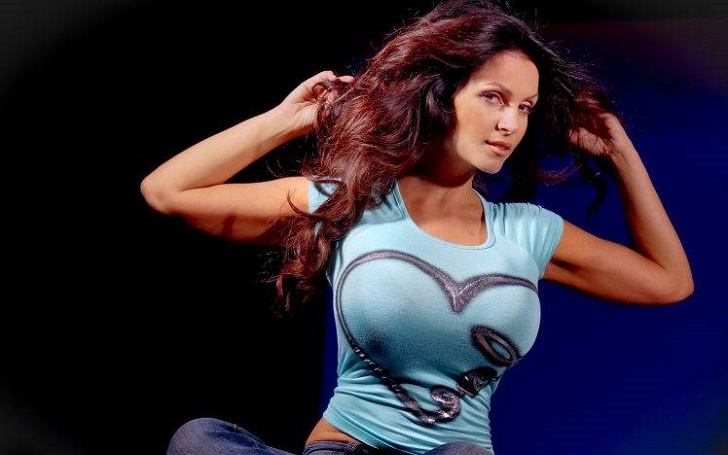 Winner of Miss Bikini World 2007 brings about a certain attraction among people. But with life like, Denise Milani, there are bound to be controversies surrounding someone.

The Czech fitness model claims her body just grew unnaturally in her teens, despite several speculations about going through breast enhancement plastic surgery. But that made her swerve from her desire to be a physical therapist to a career as a model.

After moving from her hometown of Frýdek-Místek to Prague and then Los Angeles, she became an internet model for 'Sports by Brooks' and 'Pin Up Glam'. Since then, she's had a lot of fan following but was caught up in a nasty drug case as well.

Denise Milani took her chance of being a model while also being a fitness trainer.
Source: Denise Milani, Instagram

That's part of the reason she wants to keep her personal life extra close to herself and not let anything slip to the public. However, she was known to have a child and living with a husband in Los Angeles in 2013, when she was accused of being involved in a scam with a British physicist, Paul Frampton.

The husband was unnamed, but the son, Jacoby, was said to be 12 years old at the time. Cross-checking shows he is now, thus, 19 years old.

Denise's Name Was Said to Originally Be Denise Trlica, But Married to Czech Carpenter Jerry Trlica

Several records show her birth name was Denise Krajickova Trlica, born on April 24, 1976. She later changed her last name Milani after a relationship (more below) when she was 20 in Prague.

On the other hand, official records got her married to a Czech carpenter named, Jerry Trlica. He is 63 years old (b. 1956) and owns an antique furniture restoration service home, 'JLT Restoration', in Pasadena, California, since establishing it in 1980.

There's also a record of the two getting married when Denise was only 19 years old and that he was the one to get her to be able to enter and settle in the US. They now live in Glendora, California.

WhosDatedWho states the two are separated, which aligns with the rumors that were already there a few years ago. Also, in 2010, she said she was "focused on my career and learning. I am going to business classes and getting a fitness certification," when interviewed.

She did get that certification Equinox, through, and opened her website named Denise Milani Lifestyle, which is apparently down despite being open about eight years ago. She's constantly giving out her workout routines on social media.

It might be true that she married Jerry in 1995, gave birth to their son in 2000 and separated before 2010. But the claimed birth-last name of Denise makes it all crazy. But that's not all.

Is Denise Milani Bisexual? Her Past "Wife" Means Something

If there was any concrete proof, or if she ever said anything on video or her social media accounts, we would have obtained a confirmed relationship of the 43-year-old. Sadly, all there is, are reports.

There's something about her being in a relationship with a woman named Kara Milani when she was in Prague. That's how the last name Milani aligns with.

Reportedly, she formed a relationship with Kara, the daughter of a Czech mob boss Deandre Milani, when she was doing odd jobs at 20 years of age. After becoming friends first and then a couple, they allegedly got married, and she changed her name legally to 'Denise Milani'.

That's everything there is about Kara; no signs of breakup or still being together at all. However, she did move to LA after the alleged wedding and might have met Jerry.

As of now, it seems she is single and is still following her fitness & modeling career. Her Instagram feed shows a happy life with immense love for her dog, Lukita. However, there are no signs of a son or a husband/wife.

With more digging, the Spanish Wikipedia mentions her birth name as Denise Jacobi, while she also goes by the names Denise Milani, Denisa Milani, Denise Trlica, Denisa Krajíčková as aliases or alternatives. There's a chance both the stories are true, and it's just a case of a messed up timeline records.

It's all so mysterious since even her Instagram account is apparently not verified. Whatever the truth, it alright to keep one's private life, and there's no need to stalk her to know about it. Respect.

Stay tuned and connected to GlamourFame for more Entertainment content. There are other beautiful stories you need to know. Check 'em out.