Dolce & Gabbana Controversy Go Together like Catwalks and Celebrity Spawn 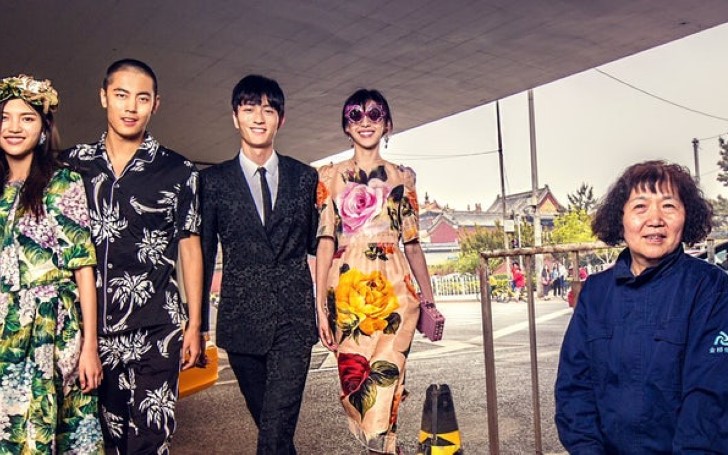 The label’s #DGTheGreatShow catwalk presentation was scheduled to take place in Shanghai on Wednesday.

Dolce & Gabbana is facing backlash after circulating an ad campaign on social media that is being perceived as "racist".

Subsequently, the fashion house canceled its Wednesday show in Shanghai. They released a statement on its Twitter account in an attempt to shed light on it.

You saw it here first! What an interesting few hours spent wreaking havoc on @dolcegabbana ’s ill-fated #DGTheGreatShow while sitting on our couch juuling and eating gelato (not with chopsticks) lol. Thank you to @michaelatranova @helenatranova @anthxnyxo for sharing their DMs and to all the Chinese Dieters who furiously updated us with translations by the minute. For anyone that believes their account was actually hacked, see slide #2 of Stefano reposting the same DM on his stories before shit hit the fan. Oh the irony of him loving to cry “fake news” and promptly dishing it out himself via his and the brand IG account. Check our story highlight “#DGTheShitShow” for the full recap. • #DGTheGreatShow #DGlovesChina #runway #fashionshow #cancelled #racism #dolceandgabbana #altamoda #rtw #dgmillennials #stefanogabbana #shanghai #chinese #china #wtf #dumb #lame #asianmodel #asian #dietprada

As a matter of fact, the same Instagram account shared the fashion house’s video advertisement on Tuesday. It featured a Chinese woman trying to eat a giant cannoli with a pair of chopsticks.

#DGlovesChina ? More like #DGdesperateforthatChineseRMB lol. In a bid to further appeal to luxury's covetable Chinese consumers, @dolcegabbana released some hella offensive “instructional” videos on the usage of chopsticks. Pandering at it's finest, but taken up a notch by painting their target demographic as a tired and false stereotype of a people lacking refinement/culture to understand how to eat foreign foods and an over-the-top embellishment of cliché ambient music, comical pronunciations of foreign names/words, and Chinese subtitles (English added by us), which begs the question—who is this video actually for? It attempts to target China, but instead mocks them with a parodied vision of what modern China is not...a gag for amusement. Dolce & Gabbana have already removed the videos from their Chinese social media channels, but not Instagram. Stefano Gabbana has been on a much-needed social media cleanse (up until November 2nd), so maybe he kept himself busy by meddling with the marketing department for this series. Who wants to bet the XL cannoli “size” innuendos were his idea? Lmao. • #dolceandgabbana #altamoda #rtw #dgmillennials #stefanogabbana #shanghai #chinese #italian #cannoli #meme #wtf #dumb #lame #chopsticks #foodie #tutorial #cuisine #italianfood #asianmodel #asian #chinesefood #dietprada

In the so-called instructional video, the woman looked confused by the pastry on her plate as she failed to pick up the pastry. Moreover, the voiceover in the video mispronounced Dolce & Gabbana.

The account called the video "hella offensive". The sentiments were shared by numerous people in the comments section.

One person commented: "This is racist as f*** and D&G belong in the bin."

Likewise, another person wrote: "It has clearly touched a nerve. This video offends me."

This was not all as others took matters to Twitter to express their disbelief and disgust.

My Instagram account has been hacked. My legal office is working on this. I love China and the Chinese Culture. I’m so sorry for what happened.

Dolce & Gabbana has outlets in 25 different cities, according to store listings. It is likely Gabbana will work to repair his relationship with consumers in China since Chinese consumers constitute almost a third of the global luxury market. As per the 2017 McKinsey report, they make up 500 billion yuan (roughly $72 billion) in annual spending.

This is not the first time the brand has sparked controversy. Most recently, Gabbana called Italian blogger Chiara Ferragni’s Dior wedding gown "cheap." He also called Selena Gomez "ugly" and reportedly spoke out against gay parents adopting, which prompted a response from Elton John.