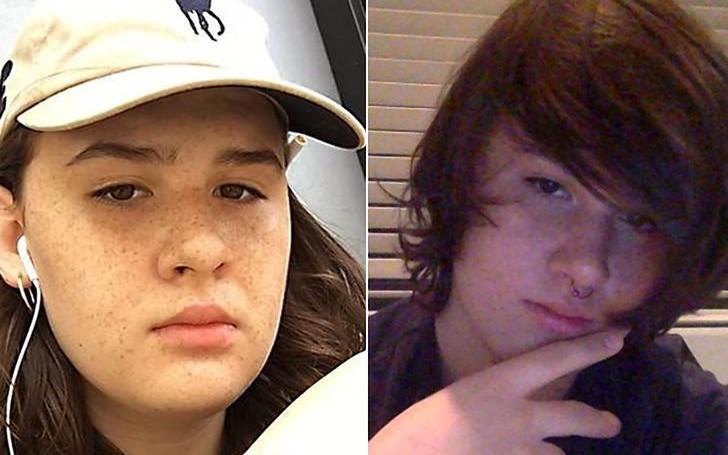 The famous Gotham actor, Donal Logue, is not new to us, but his daughter, Jade Logue, is somehow unknown to many. Despite being the daughter of one of the successful actors, Donal has remained away from the spotlight until she went missing and became the national news.

Fortunately, Jade has made her way back home, and many breathed a sigh of relief after her return. But for many, the question was as to why the 18-year-old went missing in the first place?

Back in 2016, Jade Came Out as Transgender in Her Tweet

Jade Logue (formerly Arlo Logue) came out as a trans. She announced the news via her Twitter account.
Source: Dailymail

Coming out as a person other than what is socially accepted is always hard still at this time of the age. Many face confusion, are subjected to mental instability, and a few other prejudices which could have a harsh impact on a person.

Teen, who go through those phases, find it really hard to blend in with people around them. Something similar happened with the 18-year-old. In fact, she was just 16 when she came out as a trans so, we can guess how hard it was for her.

In April of 2016, Jade tweeted about being a trans, taking to her Twitter she wrote, "shoutout to being trans can't wait to be assaulted for absolutely no reason other than existing."

We can only guess how much she was putting on with all the side eyes she was getting at the time. Following which she went missing after a week on her 16th birthday.

The police report was filed under the name 'Arlo Logue' - which happened to be the birth name of the teen and was the cause of initial confusion.

Jade's mother, Kasey Smith, took to her Twitter on the serious case, as she wrote, "Jade’s gender and her sexual orientation do not matter here."

She added, "What matters is that there’s a child out there, my baby, Donal’s baby, out there missing. Jade’s story is for Jade to tell. When and if she is ever ready to tell it. And let that be hers. It’s not yours, it’s not anyone else’s, and it’s not mine. I respect her, but all I want right now is for her to be at home."

Friends and Families Came Together to Help Find Jade

News of missing teen became the national news, following which many of Donal's close friends and colleagues took to their social media to help him find his daughter.

Big names like Stana Katic, Danny Trejo, Mark Ruffalo, pleaded for her whereabouts. The NYPD and the FBI joined hands for the search process, and, luckily, she was found.

Jade, with god's grace, was found in North Carolina at a friend's place, all safe and sound. No further details were, or statements were made after Jade was found, but authorities stressed she was reunited with her family.