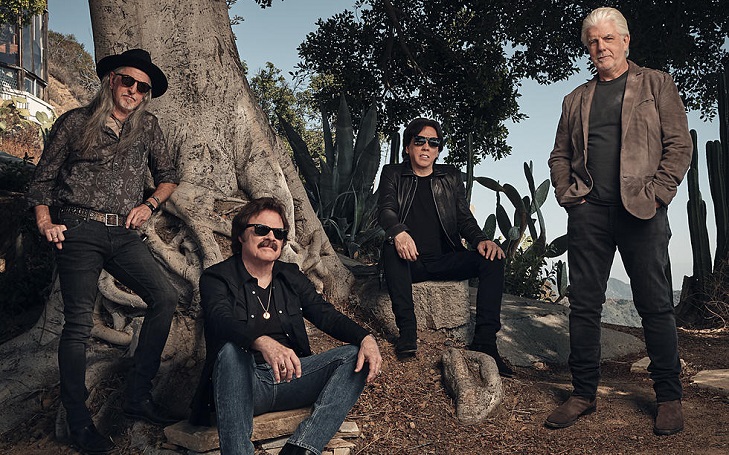 The 20th-century rock band, Doobie Brothers, have extended their 50th -anniversary tour with 23 additional dates in their already 30 dates.

The Doobie Brothers were already planning for their 50th-anniversary tour of 2020 with 30 concerts in different venues. Now, they have added 23 more venues to their path, all dispersed between their previously planned dates. They will now start on June 9 and end on October 17, with a total of 53 concerts.

The tour will be the first time the group will be performing with Michael McDonald in it in nearly 25 years. The brief reunion run in 1995 was their last with him in the band, but it was back in 1982 that he performed at their group leader. At the time, they had announced their hiatus, but when it reformed in 1987, McDonald didn't join since he was already a successful solo artist.

McDonald had been separated from the band in over 30 years.
Source: Wikipedia Commons

The announcement of the tour came earlier this month, during their show at Nashville's Ryman Auditorium. The singer-keyboardist joins Tom Johnston, Pat Simmons and John McFee for the tour.

"Next year our tour will include Tom, John, and myself, along with Michael McDonald, and the fans will have a chance to hear all our hits, as well as deep cuts, and new material," Simmons announced. "I know these will be very special performances."

The band also announced that Dirty Dozen Brass Band would open for the Doobie Brother on all their tour dates. Tickets will go on sale for the public on December 6 at 10:00 pm local time, with the exception of the performance at Soaring Eagle in Michigan, which will go on sale on December 21.

Here are the entire tour dates (recently added ones are in bold).